A trip to Edmonton and 6 new wheels

Now that the house has sold, we will be living full time in our trailer. We knew going in that it would be a bit small for full time living so were looking for something a bit bigger. One of the important criteria for me was the ability to be able to bring my airplanes with us without using up most of the available storage space. The obvious choice would have been a toy hauler but we both felt that having a 10 foot dedicated garage at the back of the rig would be a huge waste of space as it wouldn't be a comfortable living area.
We then found a company that had come up with a new layout that seemed to answer that problem. What they had done was create a smaller garage and put the bedroom above it. The garage is big enough for a golf cart or small side-by-side or a couple of dirt bikes or maybe even a few model airplanes. We'd taken a look at a few over the last couple of years and felt this would be the ideal solution but didn't have the ability to acquire one at the time.
The company is Grand Design and while being quite new, had a very good reputation. The specific model of trailer we wanted was their 374TH.
We were just waiting for the house to sell so we could take the plunge. A month or two before that happened we had heard they had discontinued that particular model and the only new ones left were already on dealer lots.
I think the reason they discontinued it is they have an almost identical model in their true toy hauler line. It is a bit more utilitarian and lacks some of the nicer finishes this one has though.
We were afraid we would lose out until one showed up at Woody's RV in Edmonton. Almost as soon as we closed on the house, we contacted Woody's to see if it was still available and if so, would they hold on to it so we could come see it.
We hitched up the Cameo on Monday and headed north, arriving in Edmonton Tuesday afternoon. They had the rig powered up in their showroom so we were able to spend a good hour exploring and playing with it. Afterwards we sat down with the salesman and talked numbers. While it came in a bit more than we were hoping, we were still able to come to an agreement.
Wed, Thurs and Friday they had it in the shop going over a few minor issues that needed to be attended to and moving our satellite dish over to it. We were able to start moving our stuff Friday afternoon and spent our first night in it last night. I wanted to spend a couple of nights parked in Woody's lot just in case we ran into any issues so that is where we are now. So far, so good; nothing of any consequence has come up so we are here tonight but plan to head back to Kamloops tomorrow.

This is our new rig parked in Woody's lot. 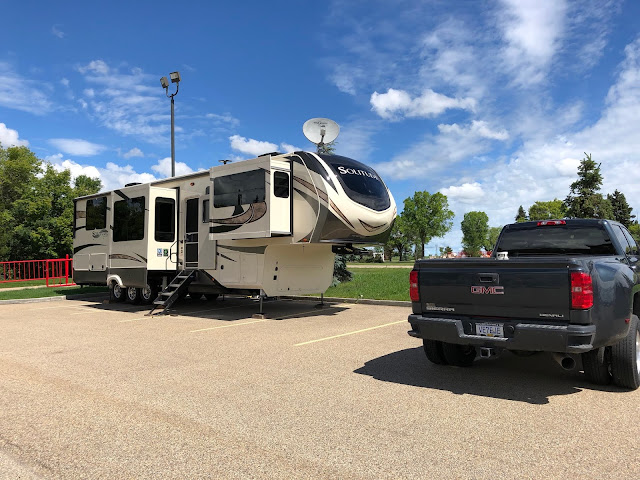 The rest of these are GD's promo pics but ours is virually identical. 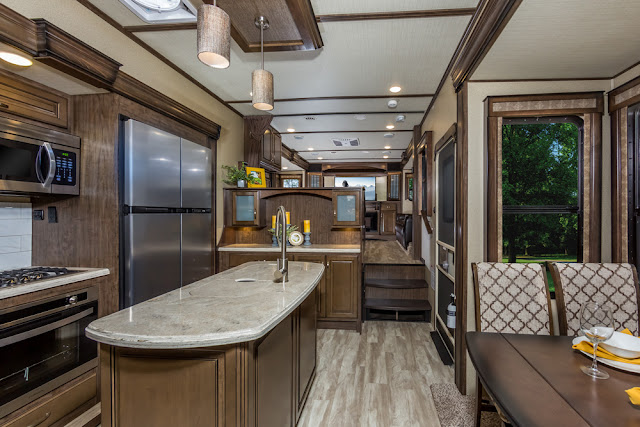 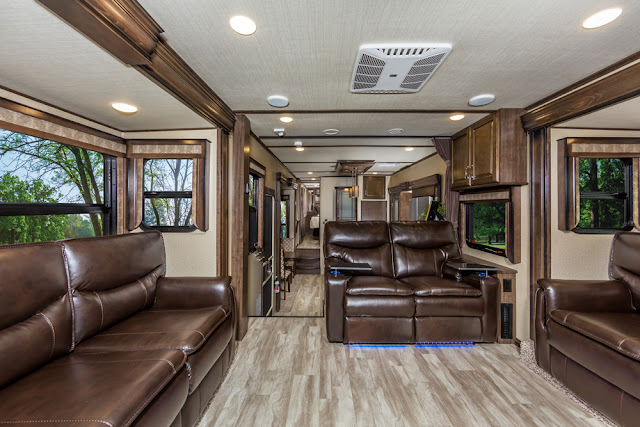 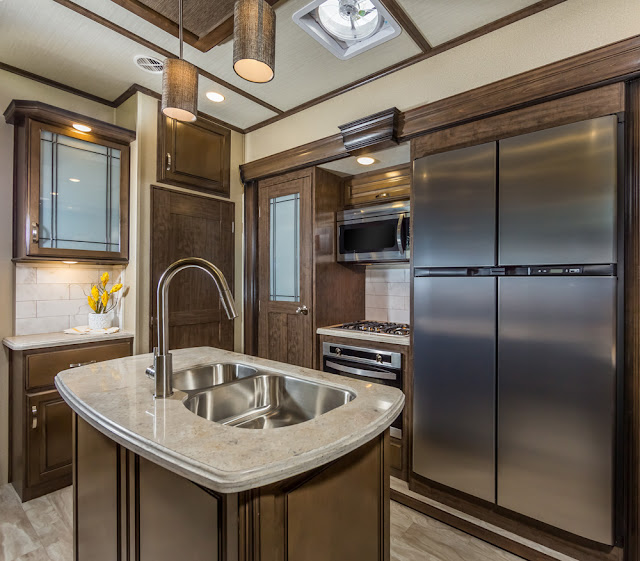 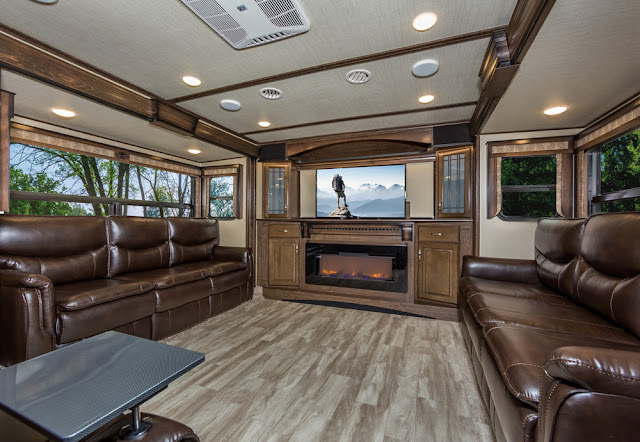 This shot shows the garage. The bedroom is right above. The queen bed rests on the ceiling of the garage.

And the bedroom. The ceiling around the bed is still over 6 feet so no bumped heads!

I'll have a bit more in the next few days as well as a few posts on rebuilding my solar installation as most of that stayed with the Cameo. Someone is getting a kick ass solar system on that rig!

Posted by Rob and Chris's travels at 9:16 PM