The next stage of our adventures begins! 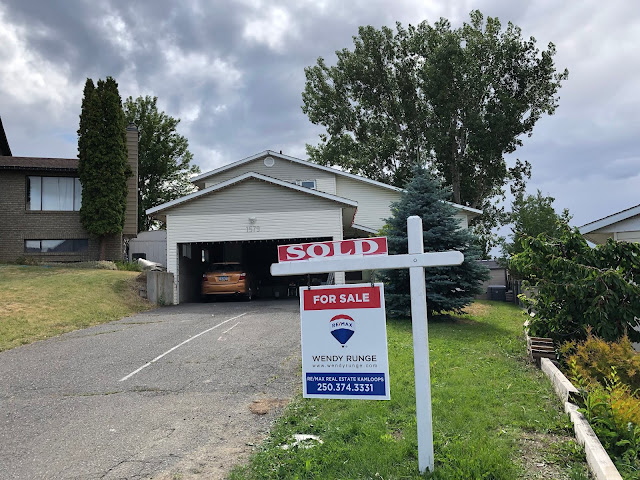 It’s official! We have sold our house! Now the next stage of our adventures begin.
The last 6 weeks have been pretty hectic to say the least.
To recap; On our way back from the US in March we started to discuss how we wanted to continue with the snow bird lifestyle. We realized that keeping the house was neither logistically nor financially practical. So back in April we contacted a couple of realtors and by early May had a couple of appraisals and had selected the realtor we would go with. Then the fun started. We now had 22 years of accumulated stuff to go through, sort and decide what was keep, what was trash and what was sell. We held 2 garage sales about 3 weeks apart where we sold over $2,000 worth of stuff. I also sold off a bunch of my modelling stuff. We bought a 20’ sea can to store the stuff we wanted to keep and spent the next 3 weeks packing, cleaning and doing some minor repairs and overdue painting. It was crazy, and we had a few ‘disagreements’ but we pushed through them and ‘got ‘er done’.
On Thursday, June 6, we loaded up the trailer and headed North to Burns Lake for a fun fly figuring it would be best if we were completely away for the first couple of weeks that the house was for sale. Friday, June 7, the listing went live and that day there were 4 showings. Saturday, there were 3 more and that afternoon our realtor called with an offer! And the offer was for $100 more than we were asking!
We accepted that afternoon and all that was left was for the buyers subjects to clear. The last being the home inspection which happened last Thursday. I guess it went OK because we found out yesterday that all subjects were off and we could consider the house SOLD!
Now the lawyers get to do their thing and earn their cut of the commissions. That is going to take about a month with a possession date of July 26.
Full timing; here we come!

Posted by Rob and Chris's travels at 8:32 PM