Spring is springing here in the Sonoran desert

Monday morning after breakfast we headed over to the Christian Service Centre at the Imperial Dam LTVA. They run a small post office for snowbirds. Our replacement Mifi device was ready for pick up.
Recall when we were here last year in early December we had tried to hike up a dry wash and through a slot canyon. We were thwarted by the recent rains and had to turn back as the canyon was still flooded. After picking up the Mifi, we headed back up to see if we could finish the hike.
Luck was with us as the slot canyon was totally dry this time. We started up the right fork and got almost all the way until we were stopped by a dry fall. I probably could have scaled it and carried on but didn't want to leave Chris behind so we turned around and headed back. 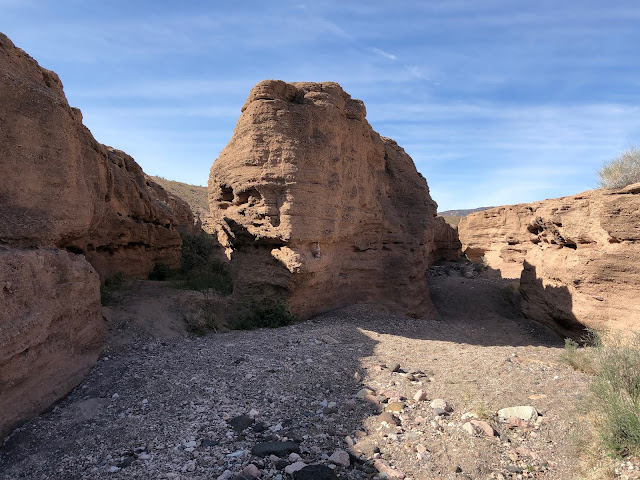 This is where the trail splits 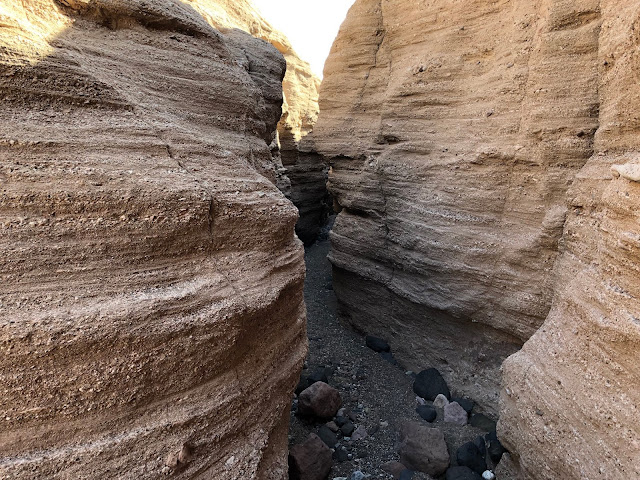 This is where we got turned back last time 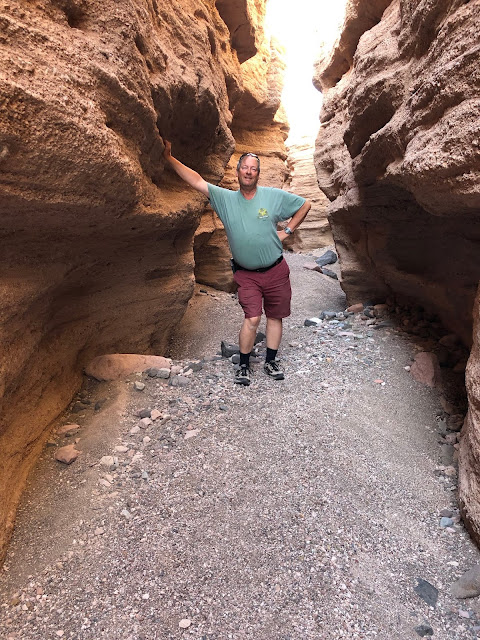 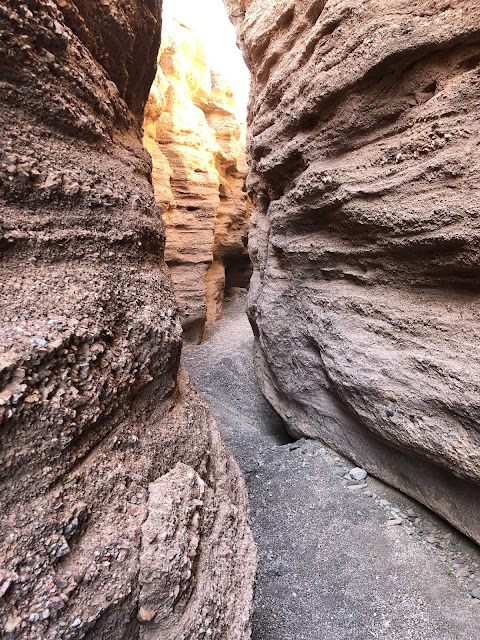 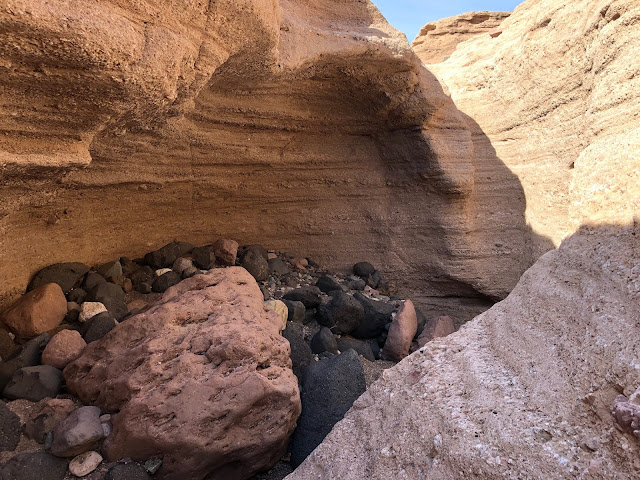 The end of the line. Just where the edge of the shadow is is a dry fall about 10 feet high. Imagine this with a torrent of flood water pouring through.

So we backtracked and this time I took the left fork. 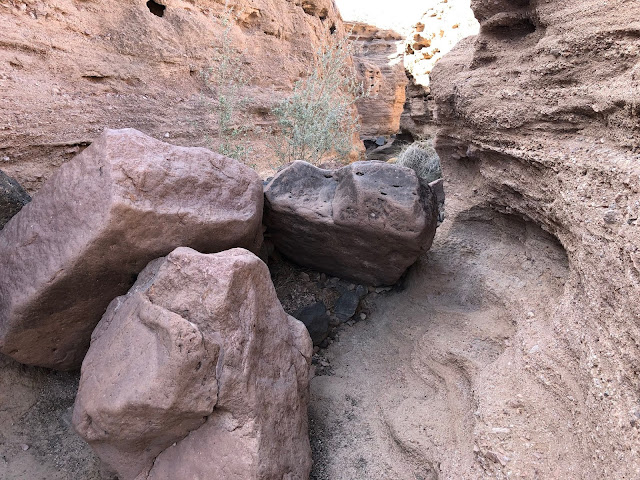 The first obstacle is this pile of rocks 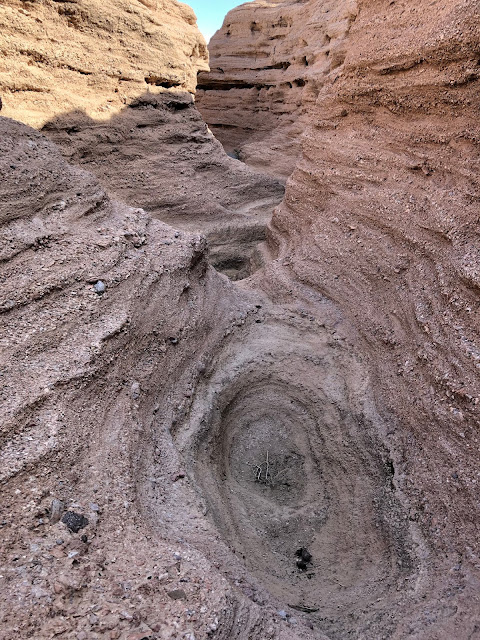 A little further up were these neat scour pools. Rocks, sand and water swirling around in them grind the hollows. 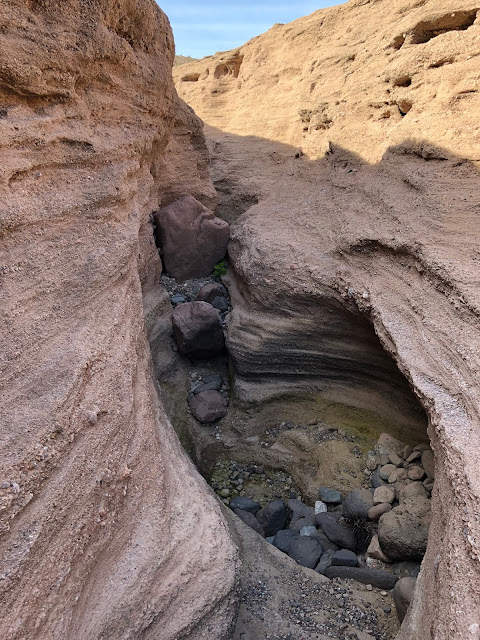 End of the line. I could have gone further but again Chris didn't feel comfortable following so I turned around.

On the way out we found more evidence that spring is just around the corner here. Wild flowers are starting to appear. 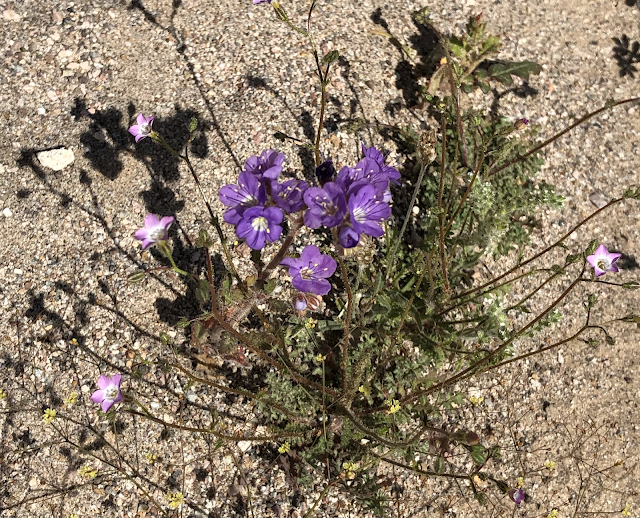 According to my iPhone app, these are "Notch Leaf Scorpion-weed" plants. 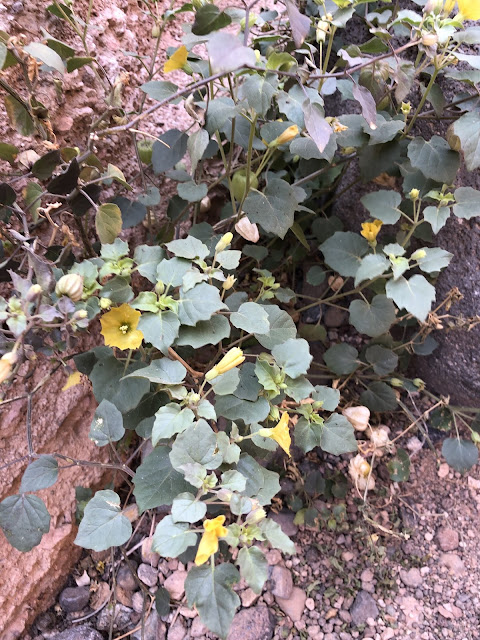 I'm not sure what this is but I think it is a species of GroundCherry. Possibly the "Yellow Nightshade Groundcherry".

Yesterday, I dug the Carbon Cub out and went and joined the guys down by the lake for a bit of float flying. They start at the crack of dawn, so I had to get down there early. Managed to get three good flights in before the wind came up and everyone headed home. 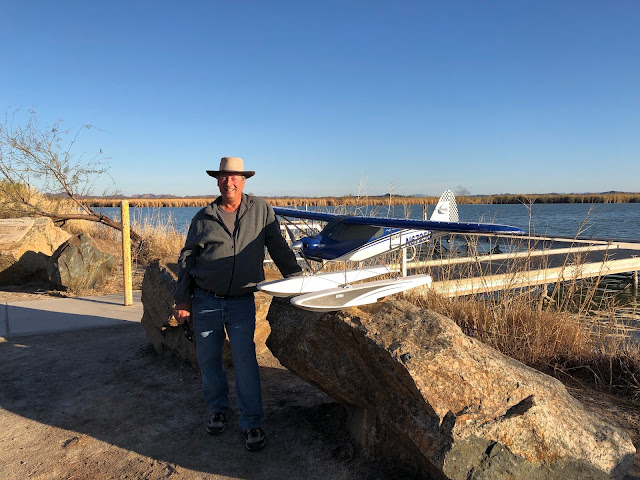 Afterward we just took it easy for the day. It is starting to get pretty warm here now with daytime highs up to about 30 and staying quite warm over night. As a result the trailer is pretty warm as well.

Today we had planned a trip into town. This time to join a few fellow Escapee Boomers for a regular gathering of a Movie and Dinner.
Before we headed out though I went for a short hike in the hills around camp and snapped a few more pictures. We had noticed a Prickly Pear cactus that was starting to bloom so I wanted to get a shot of that. There are a ton of variants to the species but I think this one is the Beavertail cactus. 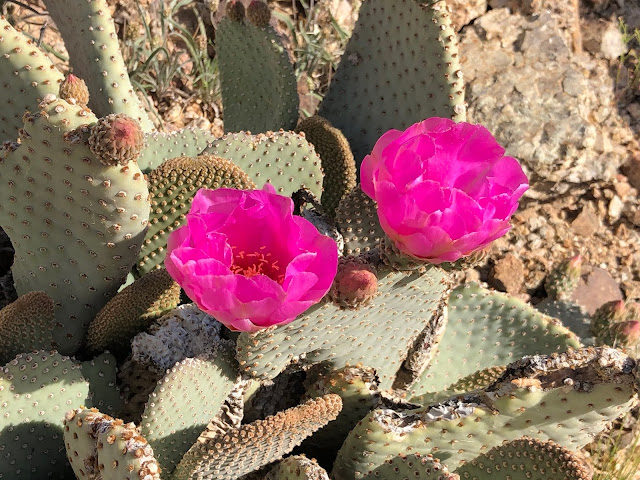 I also found a barrel cactus starting to bloom 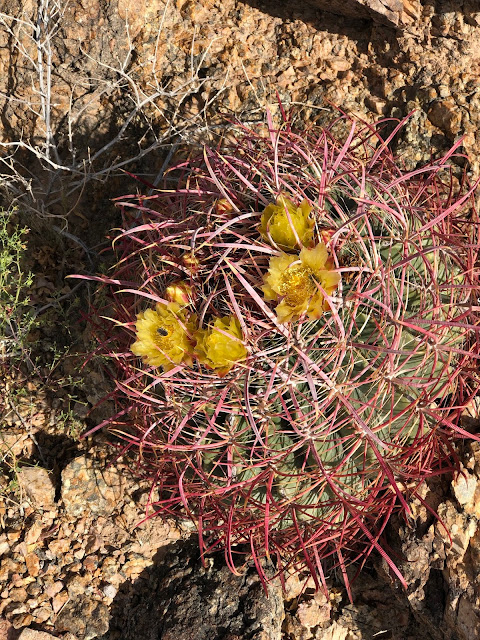 Some others I found were this "California Fagonbush". 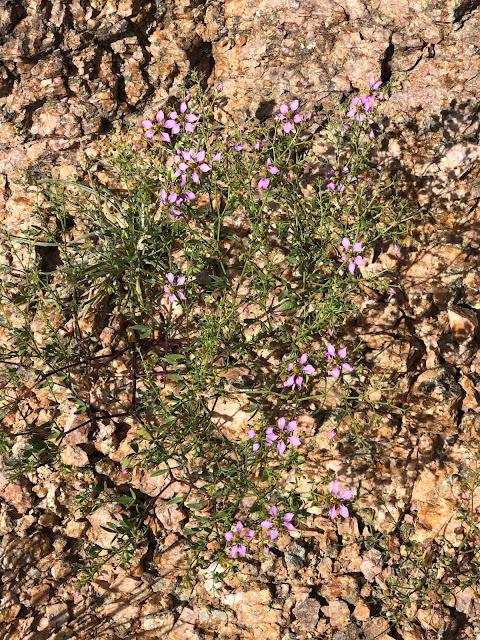 And this "Emory's Rock Daisy" 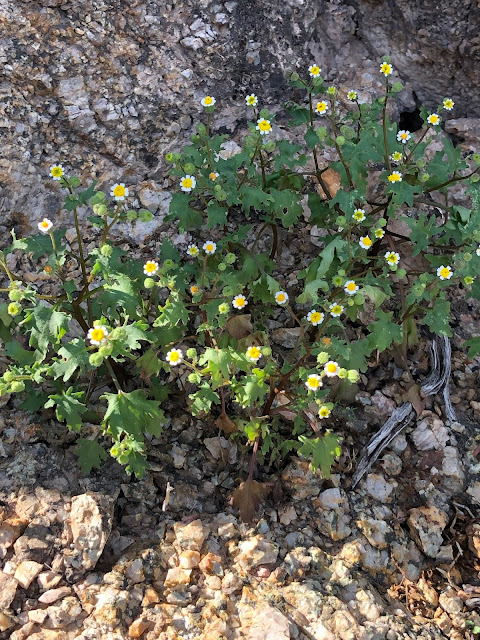 We elected to go see the third installment of "How to Train your Dragon" which we both enjoyed. After the movie, we had a couple of errands to run then joined the rest of the gang at a local Italian eatery for pizza. 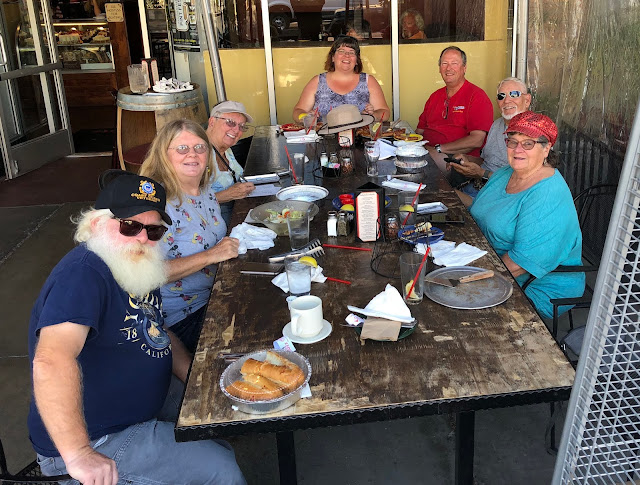 One more thing before I wrap this entry up. I am not sure where they are coming from but in the last 3 days we have caught 5 mice in the trailer! I'm not sure if we picked them up over at the flying field when we were there or if they are coming in over here. Here's hoping we won't find many more.