We had to hang around Kamloops until Thursday as we had to sign the final papers for the sale of the house Wed. afternoon. Thursday we packed up and headed North via Hwy 5 and 16. Our eventual destination was our friends in Burns Lake and the To-Sink-It Float Fly over the August long weekend.
Prior to that however we spent one night in Prince George meeting up with Chris's parents Thursday night. We had planned to overnight at the PG Casino but their parking lot was undergoing reno's so we moved up to a lot right beside Walmart. Friday morning we had some banking business to take care of which took a couple of hours, then after parting ways with Chris's parents and fueling up we headed West.
Our friends in Burns Lake weren't able to accommodate us until Sunday so at Vanderhoof we turned North and headed up to Ft. St. James.
We have been coming up here now for 12 years and every year we kept saying that one of these days we have to get up and see Ft. St. James. Well, this was the year.
Ft. St. James is a small town on the Eastern end of Stuart Lake. Today its main economy is forestry, mining and agriculture. The town has a nice municipal park and campground right on the water and when we arrived we managed to snag a nice spot right by the lake. 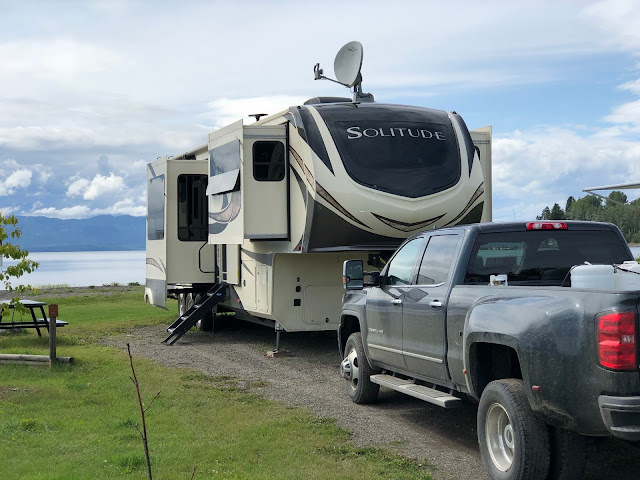 The community of Ft. St. James started before the white man arrived as a native village. When the fur trade began the explorer Simon Fraser founded the actual town and shortly after the trading post and 'Fort' was constructed. Today, they have preserved and restored a good portion of the original fort and during the summer months it is open with actors in period costume showing visitors what life was like back in the day. 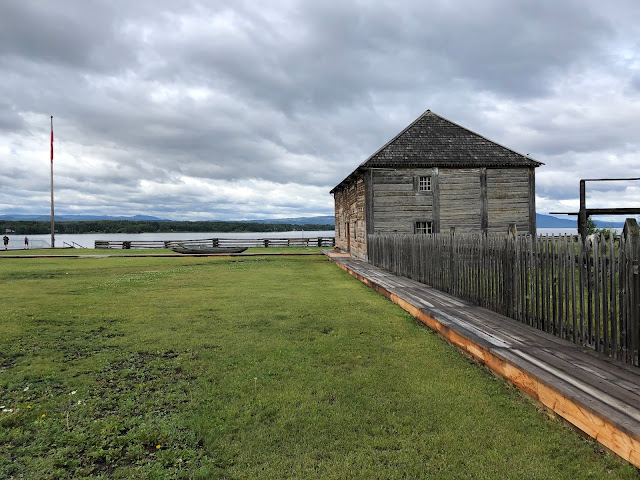 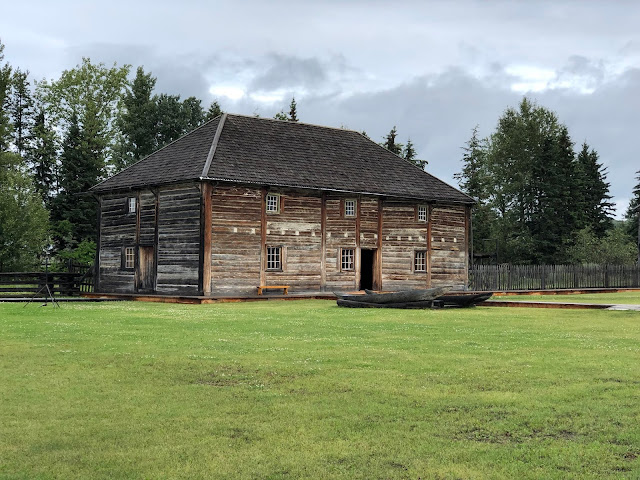 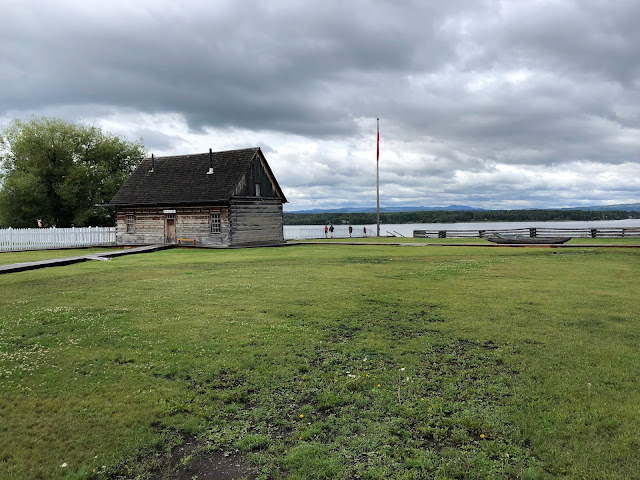 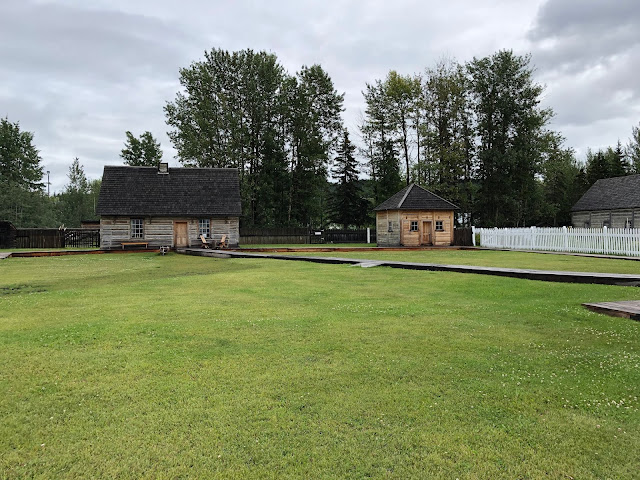 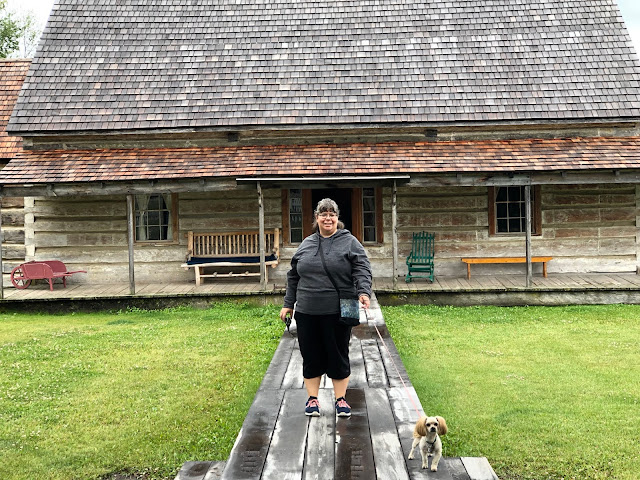 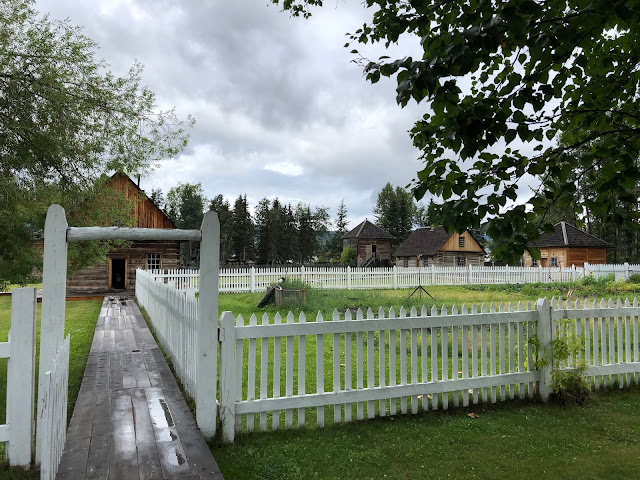 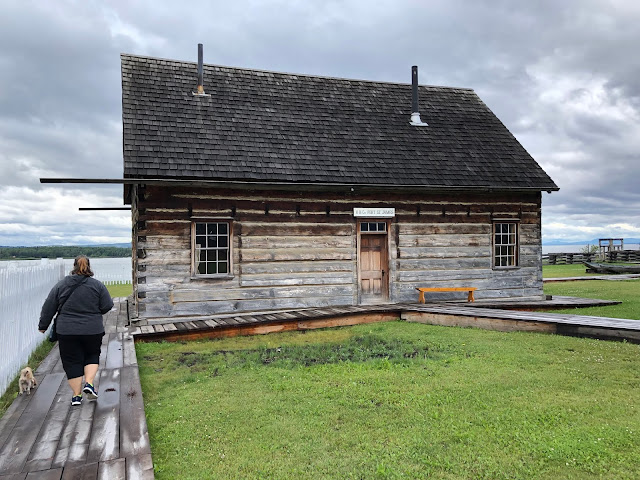 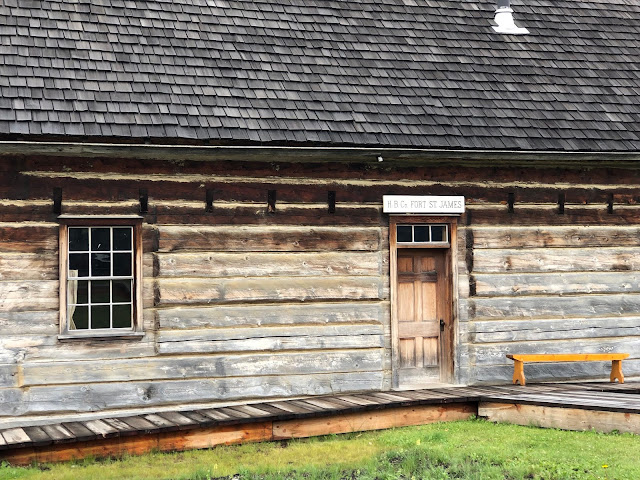 The weather on Saturday, when we visited the site, started out pretty ugly. It was raining quite hard and the wind was up. Mid-morning however it started to clear up a bit and when we ventured out the rain had stopped. The sun even came out for a bit as well.

One of the other notable attractions to Ft. St.James is its connection to the fledgling aviation industry in Canada's North. One of it's notable early residents was the bush pilot Russ Baker. Baker was one of the original founders of Central BC Airways which became Pacific Western Airlines in 1953.
Mounted on a pedestal in Cottonwood Park is a 1/3 scale model of a Junkers W34, one of the aircraft that the early pilots flew in this area. 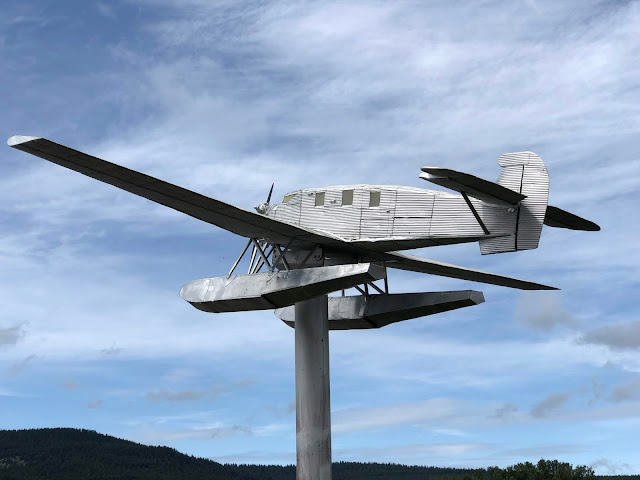 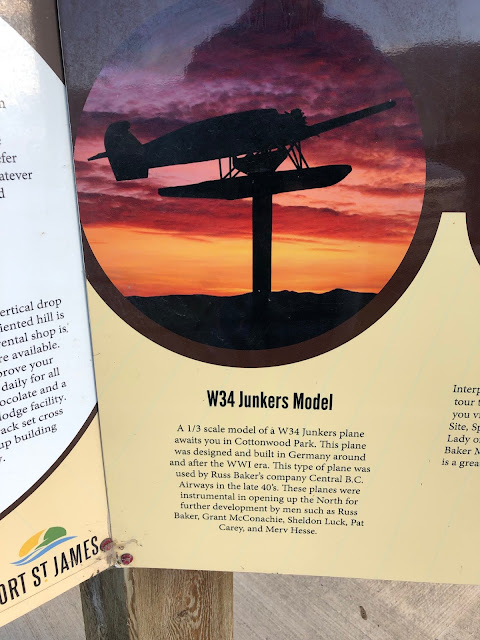 Russ Baker died in 1958 and is buried at a scenic spot just outside of town. There is now an impressive memorial at his grave site. 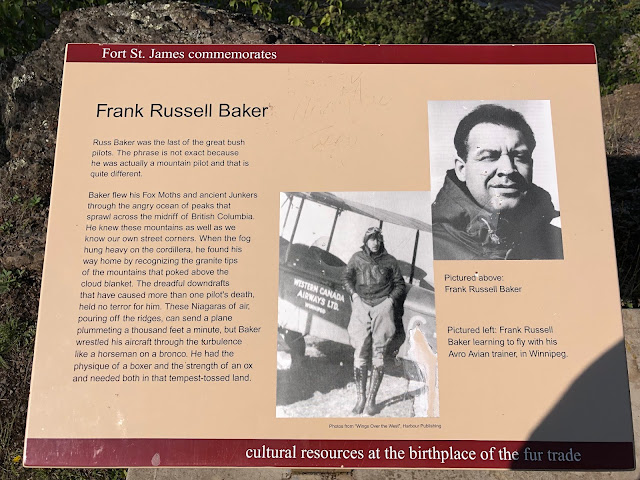 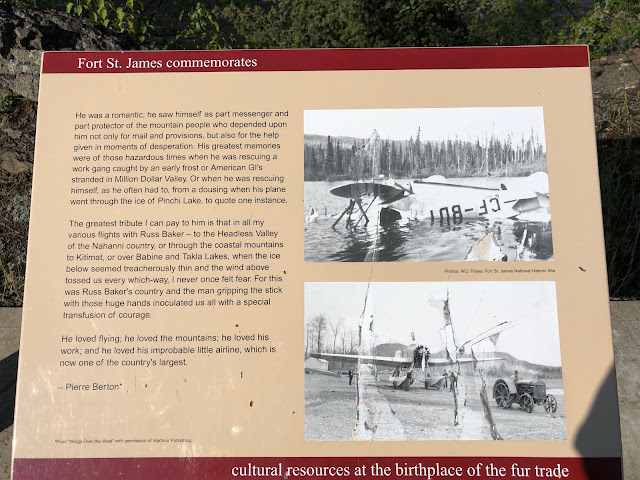 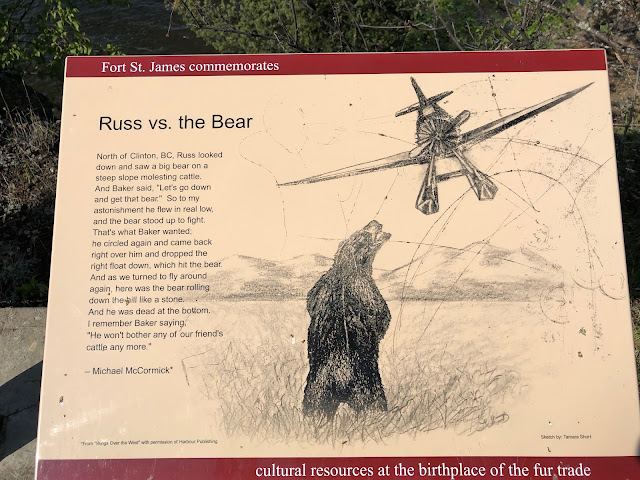 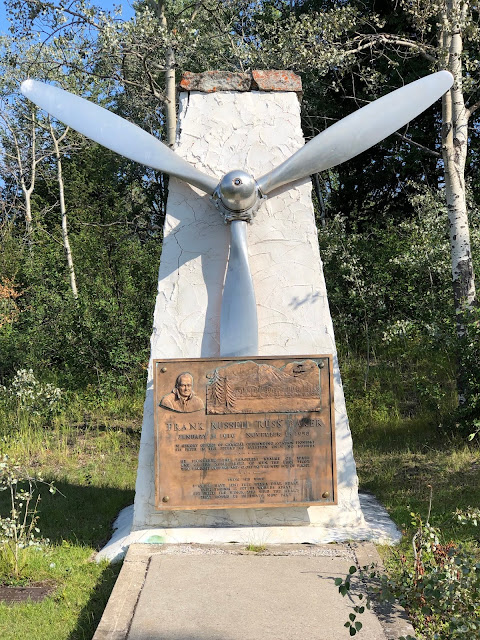 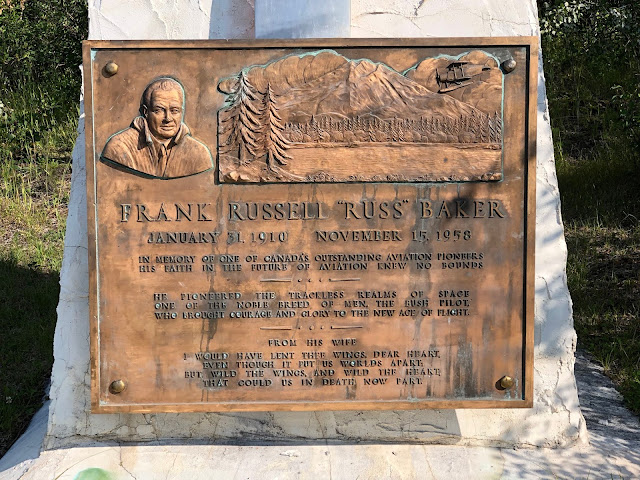 Sunday morning we packed up and headed for Burns Lake. We plan to be here through the long weekend before heading back to Edmonton for a few days.