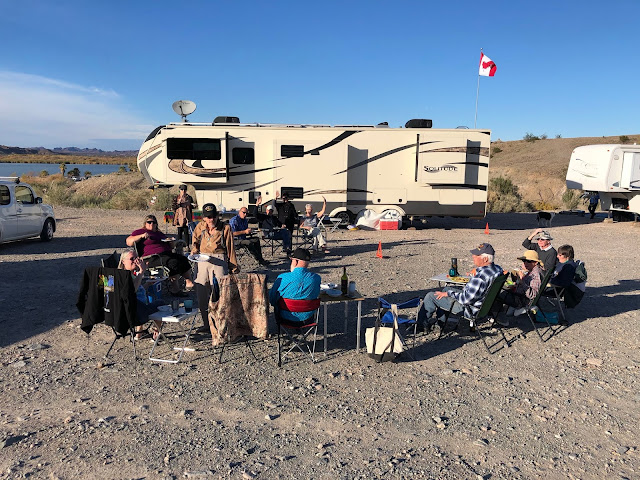 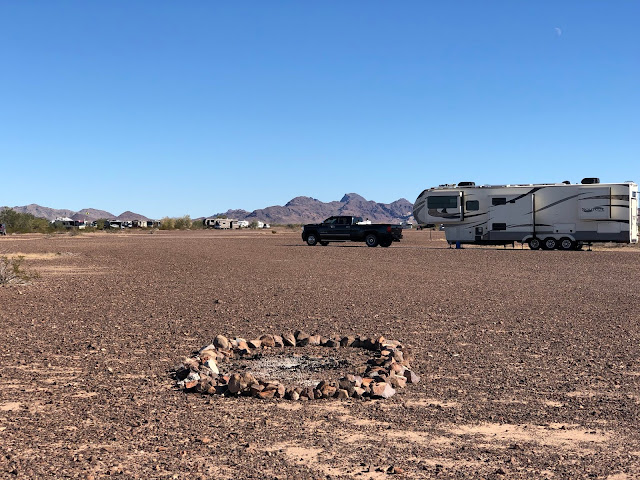 After spending New Years at Mittry Lake with some other Boomer friends we moved up to Quartzsite on Thursday along with a couple we met when over at Imperial Dam. Steve and Tammy hail from Colorado and are new full timers like us having only been on the road since last summer. We kept in touch after leaving Imperial Dam and they joined us at Christmas for the pot luck. They are wanting to join the Escapees and we talked them into joining us at Boomerville.
We are the first to arrive and have our spot staked out. We are in almost the exact same spot we had last year. Now all we need is a few more Boomers to join us.
Steve and Tammy tow a Jeep behind their motorhome so yesterday, Steve and I went 4x4'ing while Chris and Tammy went into town for some girl time. We wound up gone most of the day and covered quite a bit of terrain.
We started out over by Bouse which is a small town North East of here. From there we struck off on some back roads and just followed our noses. After exploring around for a bit we ran across an old mine site. Someone had dug some pretty deep trenches and shallow holes in a rock outcrop. I imagine they were looking for gold or silver or something. We did find quite a bit of quartz around which I understand is a sign there might be gold. 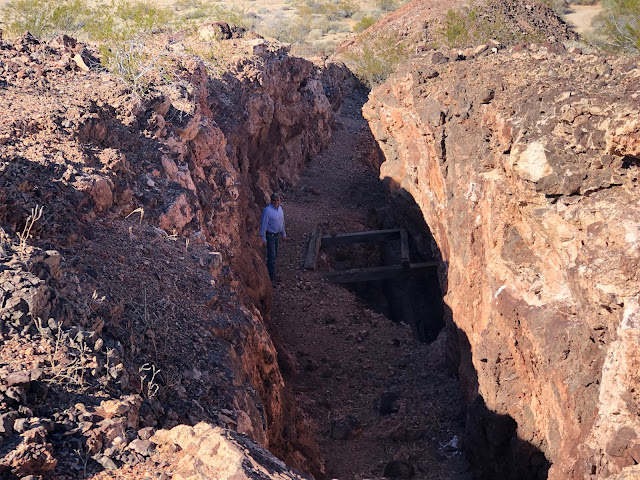 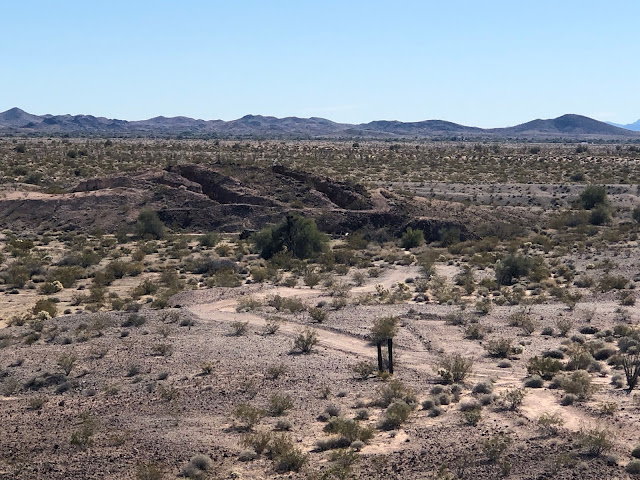 After having a bite to eat, we carried on and wound up on a pretty minimalist track across the desert weaving our way around cactus and creosote bushes for quite a while until finally coming up on an irrigation canal. We followed it for a while until finding a gravel road which led to a paved road which ultimately brought us back to US-95 up at Parker, about 35 miles north of Quartzsite.
I wish I had taken more pictures as it was a great trip and we saw some neat terrain.
I know I have posted many others, but one thing down here that we can never get enough of are the sunsets. They can be spectacular! The last couple of days have been no exception. 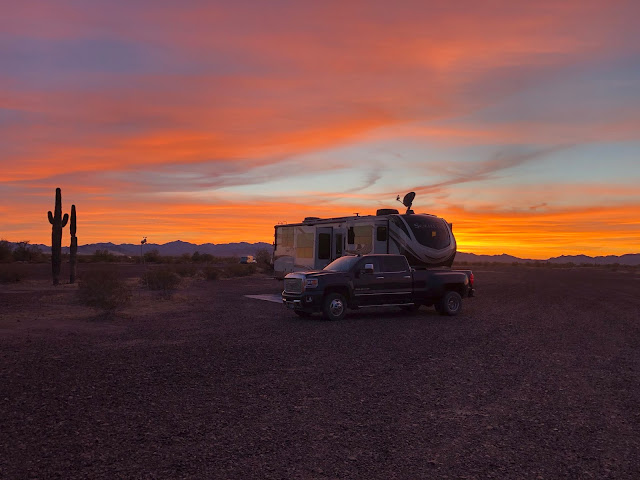 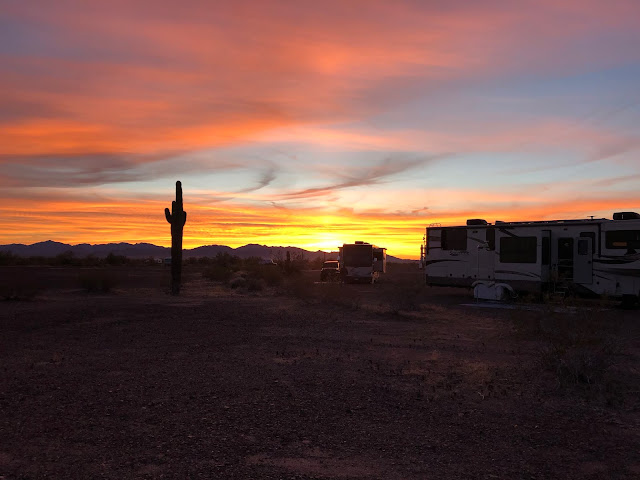 That's Steve and Tammy's rig in the background behind ours.
Next up for us is a detour over to the Grand Design Owners Rally just south of Quartzsite for a few days then back here for the official start of Boomerville next Monday.

Posted by Rob and Chris's travels at 6:15 PM