Well, we didn’t get rousted overnight in Vegas so I guess the place we parked couldn’t have been too bad. Monday morning, after breakfast and after saying our goodbyes to Larry and Val, we headed out. Our next stop was the Valley of Fire State Park. It is a short drive north of Vegas then about 15 miles east on quite a rough and windy paved road. The park has a campground but they operate on a first come, first served basis so we weren’t sure if there would be any sites available when we got there. We were hoping because it was Monday, some of the weekend warriors would be leaving and we would find a spot.
As it turned out, despite the “campground full” sign being out, there were a few spots. We found one to our liking and set up camp. 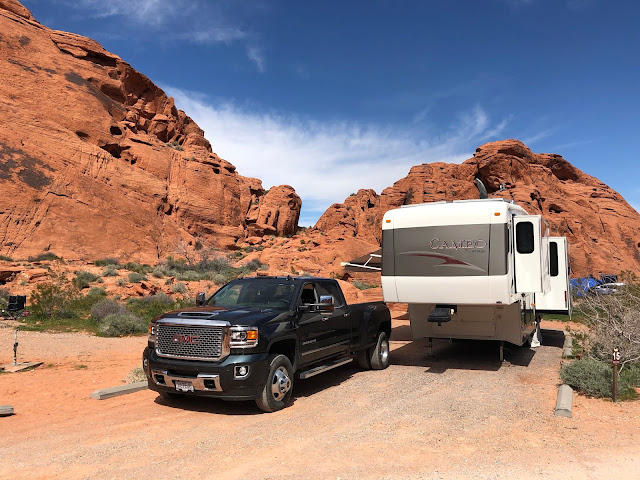 After lunch we went for a drive to see what was where and kind of get an idea of what we would do tomorrow.

This park is gorgeous! The rocks and formations here are just stunning. Most of rock formations in the park are red sandstone set down millions of years ago when this area was covered by an inland sea. After millions of years of erosion and tectonic activity, the landscape is as it is today. We did a bit of exploring, mostly in the truck but did see some interesting sights.

These are some of the formations around the visitors centre. 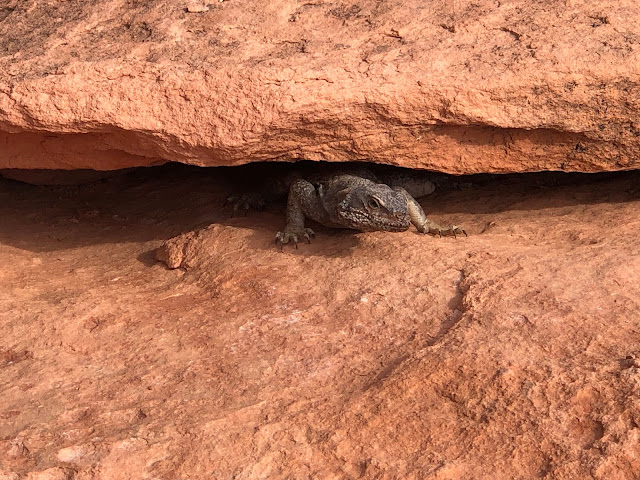 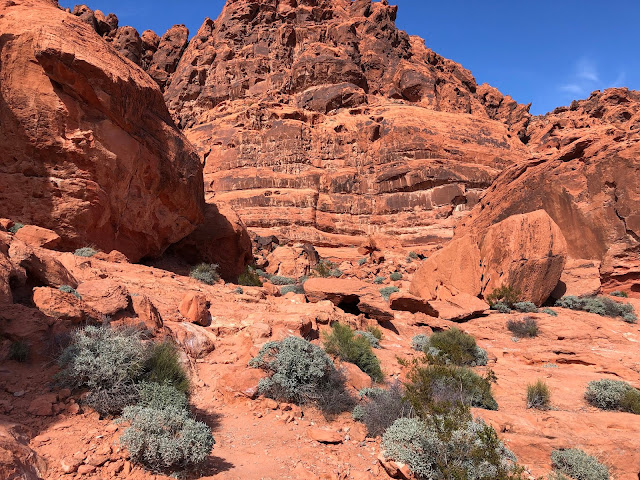 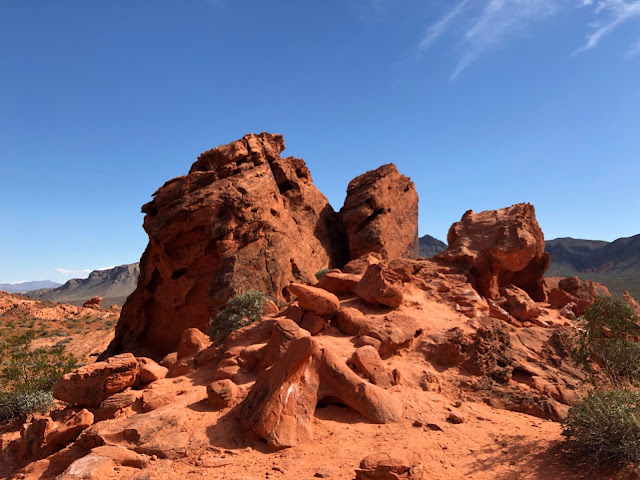 Just across from the campground are these petrified logs. These trees grew millions of years ago and after they died, the logs were buried under hundreds of feet of silt which eventually was compressed into stone. Minerals in solution slowly replaced the trees biological material and turned the logs into stone. They then eroded out and became visible again. 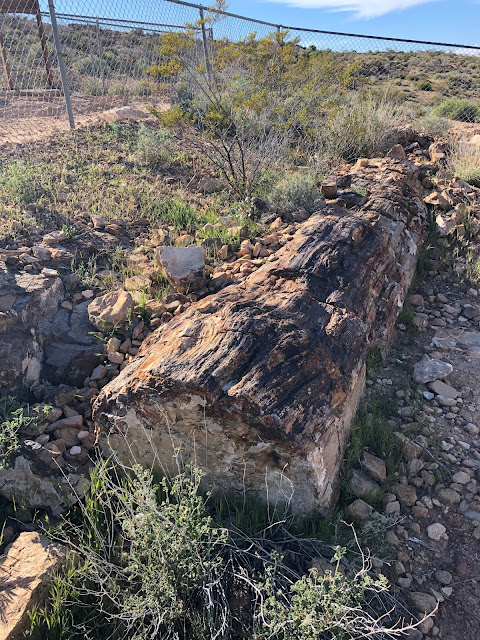 Tuesday, we headed back out after breakfast as there were a couple of hikes we wanted to do. About 7 or 8 miles from camp is a place they call White Domes. I think because the usually red sandstones here are more tan coloured and have been eroded into large, upright, roughly dome shaped formations. There is a loop trail that starts out descending quite steeply down to a wash that has cut a slot canyon through the rocks. It then gradually makes its way back around to the parking lot. All told about 1.25 miles and took about an hour or so. 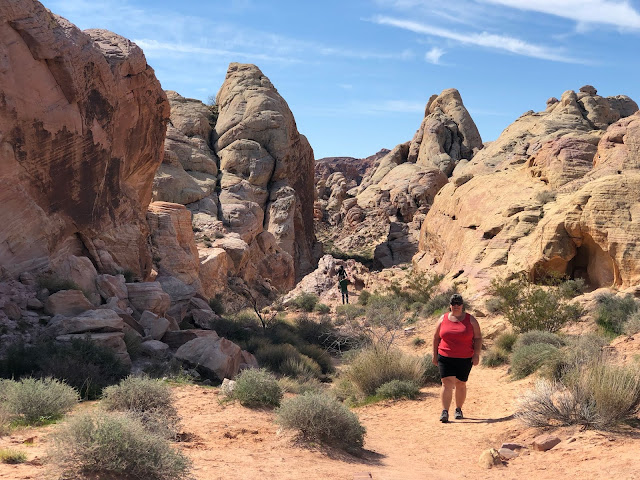 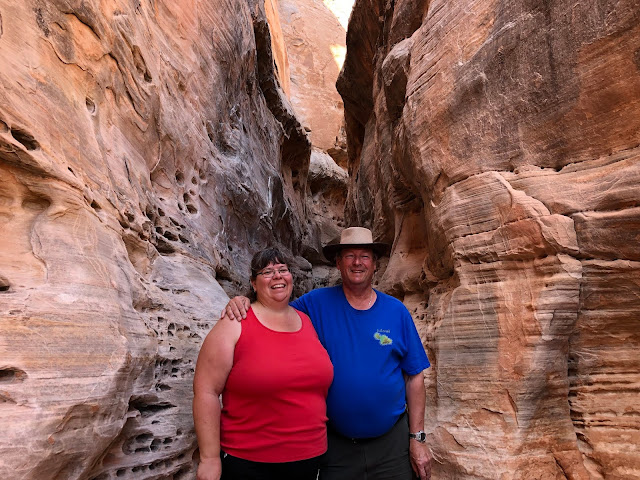 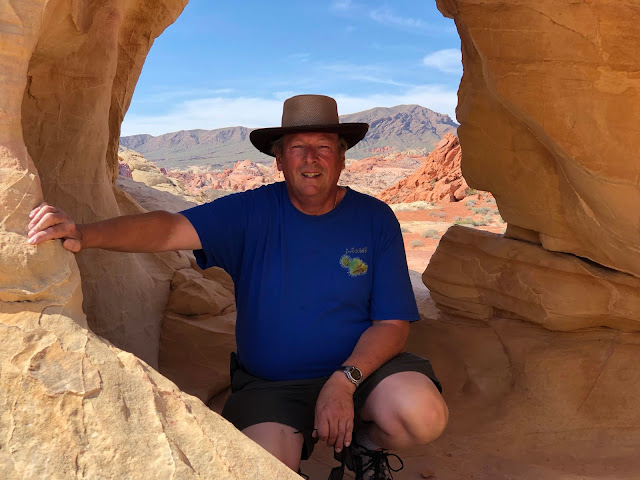 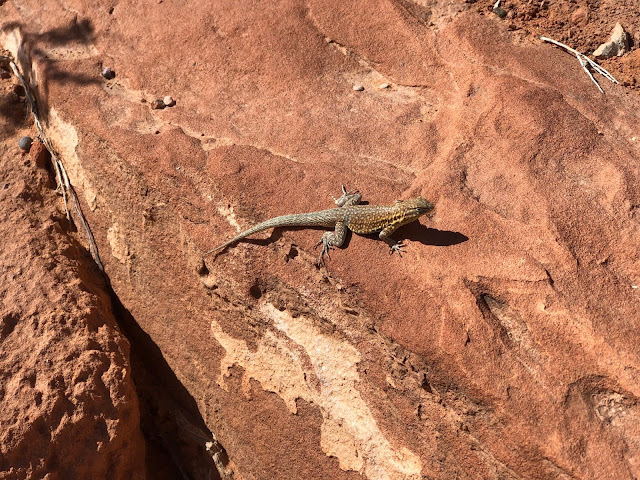 This place, while the remotest part of the park, is also one of the few places where you can get a cell phone signal, so we also stopped for a few minutes  and caught up on some emails.

After that was another slightly shorter hike to a place called Mouses Tank. A tank is a depression in the rocks that can sometimes contain water long after any rains. Mouse’s Tank is named for a Southern Paiute Indian renegade (“Little Mouse”) who used Valley of Fire as a hideout in the 1890’s after he was accused of killing two prospectors and other crimes in the area. This hike was about 3/4 mile or so and took about 45 minutes. I ventured a bit further and looped back, rejoining Chris and the main trail part way back. 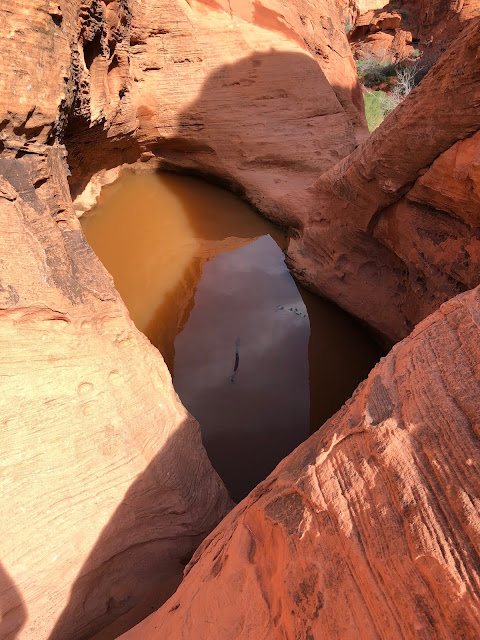 After this we headed back to camp for lunch and just relaxed for the rest of the day.

Today, I wanted to do one more hike but Chris decided against it so I headed out on my own. Turns out it was a bit more than I had expected. 4.5 miles with a fair bit of uphill and scrambling. It took me about 2 hours but was well worth it. It was to a feature called the Pinnacles. 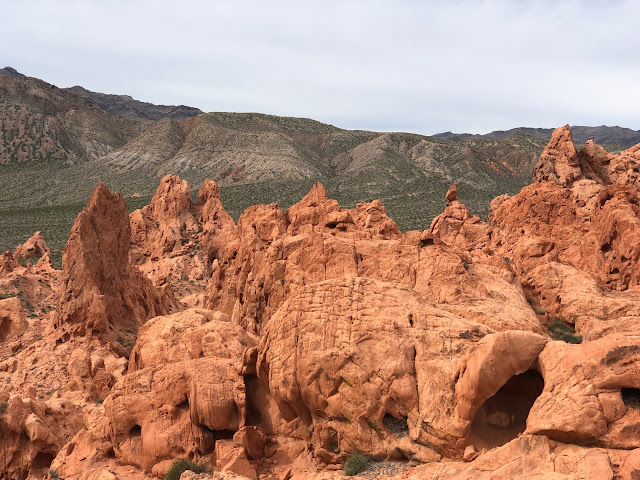 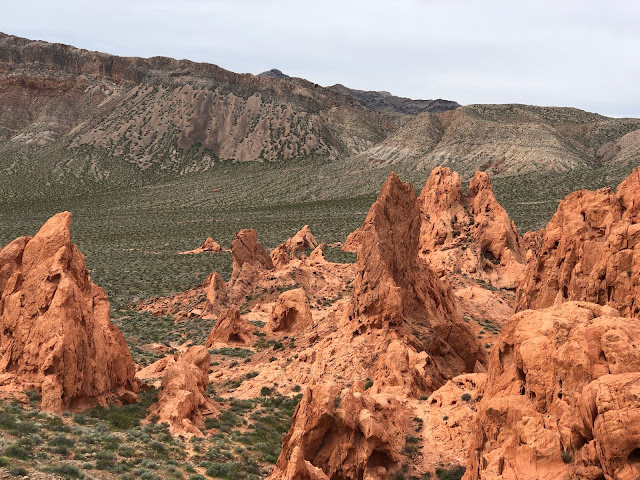 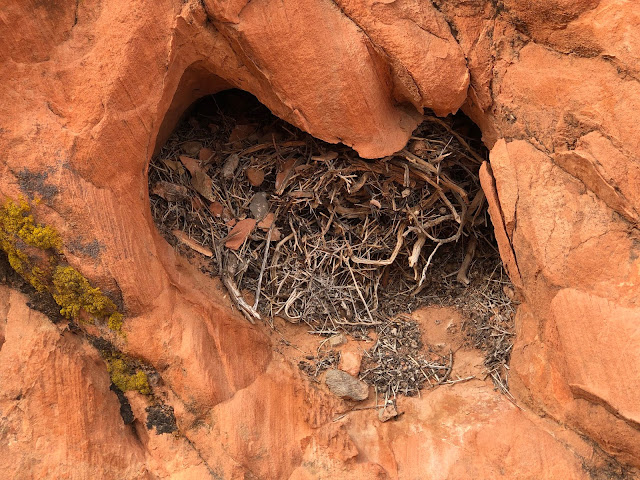 Right at the top of the trail tucked into a hole in the rocks was this pack rat nest. No sign of the resident so I expect he was probably sound asleep in there somewhere.

I have a bunch more pictures, but to post this, we had to drive out of the park. We plan on pressing on tomorrow so I will probably post a bunch more once we get back out on the road and can get a decent internet signal.