Getting ready for Boomerville

Things have been pretty quiet around here for the last few days. We have mostly just been hanging out around camp with the odd trip into town.

Yesterday, those of us who are here early for Boomerville spent part of the day getting some things ready for the arrival of the masses this weekend. We had to make a run to a residence about 10 Kms south of Q to pick up a bunch of stuff that gets stored there, then put together the Boomer banner that greets new arrivals and set out some other signage on the highway. We also wanted to mark off our claim to this section of the desert. There are a number of other groups, some large, some huge, that gather out in this general area. This is a new area for the Boomers as well as they kinda got pushed out of the old area that they had been using for the last 20 years or so by a huge group who we have been told are expecting upwards of a thousand attendees.
I found a couple of videos, one on YouTube and one on Vimeo that give some idea of how busy it gets around here in the middle of January. Just click on the links and they should open and play in a new window. If anything they underestimate the number of RV's in the area.

The weather yesterday was more seasonal for here. It was nice and sunny and a warm 20C or so. Late in the day some high clouds moved in and just after sundown we were treated to this. 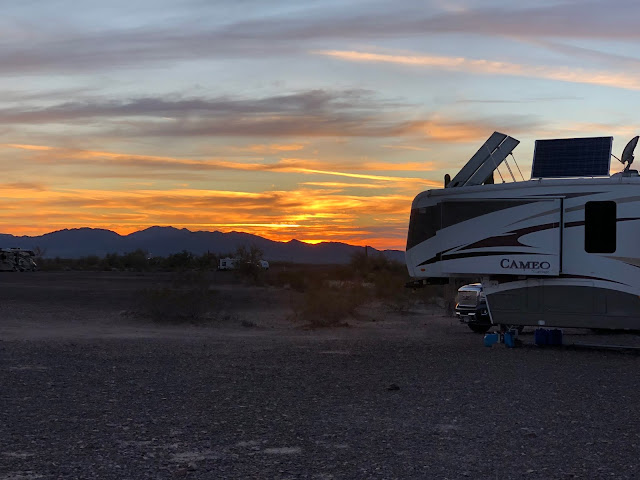 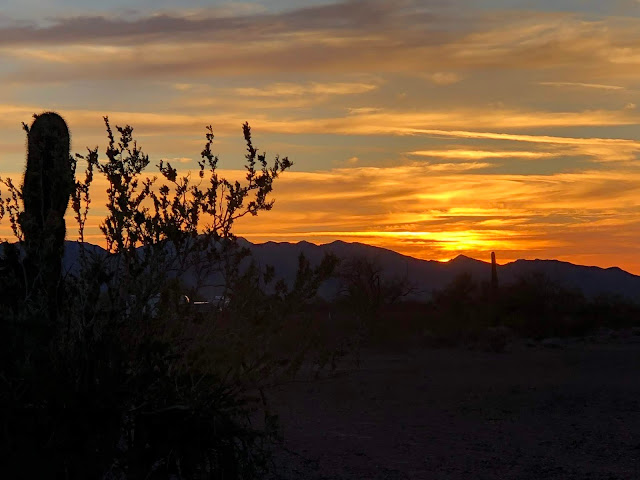 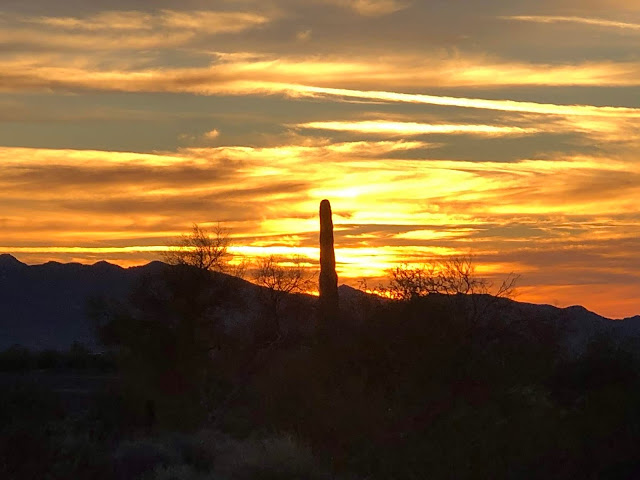 One high point since my last entry was on Mon, Jan 7. This is the day Chris and I celebrate as our 'anniversary'. Monday was a bit of a milestone for us as it marked 25 years we have been together! Where has the time gone? Maybe a better question is, how did I get so lucky as to find someone like Chris who has put up with me for so long?

Chris and a few others drove up to Parker for a WalMart run this morning. While they were gone, quite a few more folks arrived. We actually had a full circle around the community fire pit for 'happy hour' this afternoon; probably 20 or 25 people. Once things are in full swing that circle will probably be 8 or 10 rows deep.