Well, Boomerville is now officially over for this year. While quite a few people have already left, there are still quite a few here, at least for tonight anyway.
After a fairly laid back day yesterday, most of us went into town to the Grubsteak Bar for the Hitch-Up dinner. For $12 they served up a choice of chicken or pulled pork along with a green salad and potato salad. Apparently the Boomers had some money left over from last year so they picked up half the food bill which was nice. Afterwards a few of us went over to DQ for dessert.
This morning after breakfast we made our last trip into the big tent as I needed to see the folks at Flag Pole Buddy. One section of my flag pole was starting to get pretty worn and they said that if I brought it in on the last day of the show, they would replace it free of charge which they did. Always nice to see good customer service!
We also wandered around a bit more and did another swing through the Tyson Wells shops as well before heading back to the trailer.
Chris had some apple pie filling left over from one of the snacks she had made a few nights ago, so she made up a bunch more small apple pie/tart things as well as some butter tarts. She served them up around the fire tonight and they went over incredibly well. It seems a lot of the Americans here have never heard of some of our Canadian snacks and pastries. Go figure!
While she was doing that, I was getting things put away and prepping the trailer for travel. Our plan is to pull out tomorrow morning and head toward Phoenix.
While I have very much enjoyed our time here and we have made a number of new friends, I am looking forward to a bit more sedate pace for a while.
A last couple of photos from Boomerville 2019. 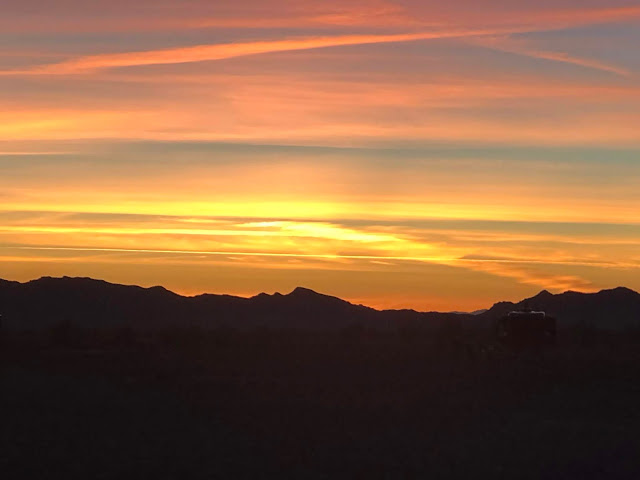 A fitting send off. The last sunset 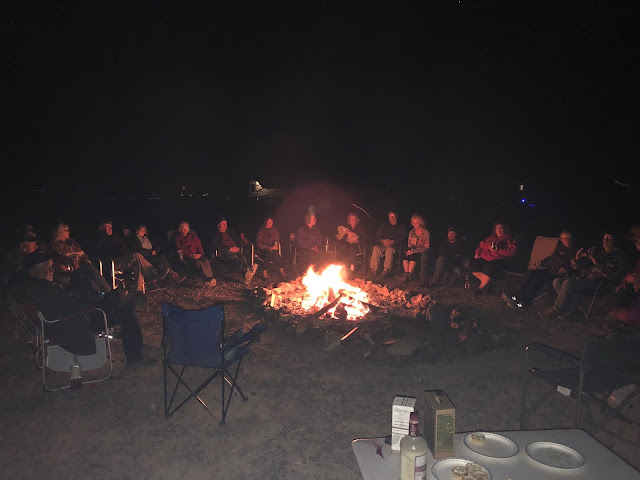 While we haven't had a lot of fires in the evening, the last one tonight was the biggest and best I think.

Goodbye Boomerville! Hope to be back again next year.
Posted by Rob and Chris's travels at 8:18 PM