Boomers Movie and an (early) Dinner

For the last week or 2 we have been noticing a slight sulfur odor in the trailer. It seems to occur mostly when we are doing dishes. After a bit of reading, it would seem that the source is our hot water tank.
From Wikipedia, "The most common cause of smelly water is anaerobic bacteria that exist in some water and react with sulfur and the magnesium and aluminum sacrificial anodes that come with most water heaters to produce hydrogen sulfide gas, making the classic rotten egg odor."
The fix apparently is to drain the tank and then refill it with a weak Hydrogen Peroxide solution.
That was my project this morning. After breakfast, I drained the tank and then poured in about a half litre of 3% H2O2 and refilled the tank. I left it for a bit while I transferred the last of our holding tanks into the 'honey wagon' then drained and refilled the water tank with fresh water. Time will tell if that solved the problem.

Afterwards we headed into town again to disposing of the contents then headed over to the Main St. Theatres where we were meeting up with a few other Escapee Boomers for a Movie and Dinner date. While the movie wasn't quite to my taste, it was "Mary Poppins Returns", it was nice meeting up with other Boomers. Some we already knew and a few new faces as well. After the movie we all went over to the "Prison Hill Brewing Co." for an early dinner. 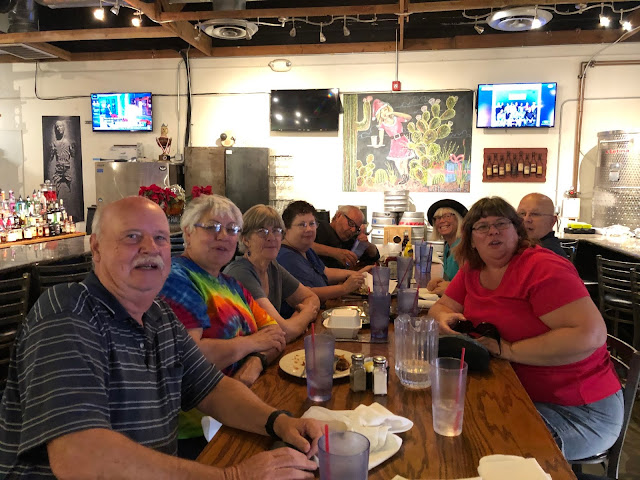 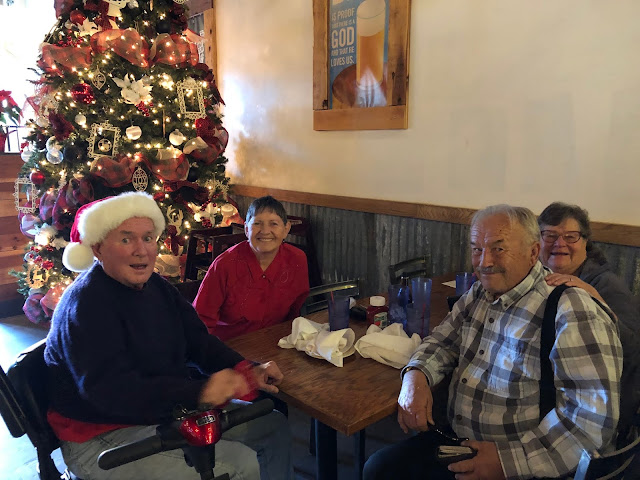 One thing about owning an older trailer is that there is always something that needs doing. One important thing is the caulking around the various seams to keep the inside dry. Today I was working on the bedroom slide. The old caulking on the outside seams was starting to dry up and pull away so I was stripping some of the old stuff off and applying new.
Later on Boomer friends who were at the dinner last night arrived with their trailer. They will be here with us through Christmas. That's them in the background in the top photo.
Just at sundown I caught a bit of a sunset reflecting of the water in the canal behind us. It really looked pretty so I grabbed a couple of snaps. I thought this one was the best. 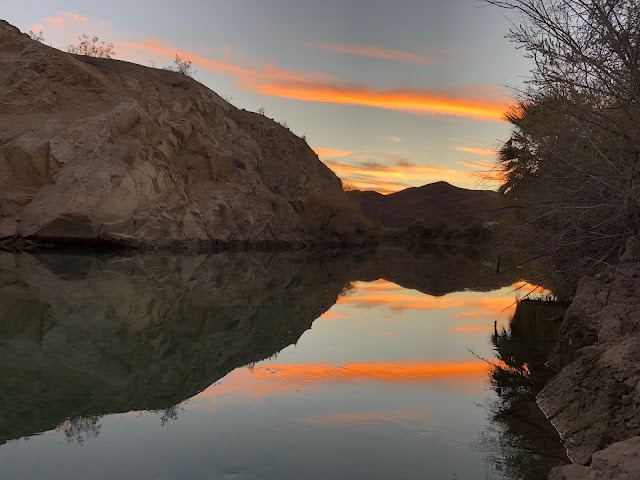 Posted by Rob and Chris's travels at 6:24 PM