Princeton Jet Rally and winter is just around the corner

As I mentioned in my last entry, I had finished the install of our new inverter. I am happy to say that after using it for a few days here in Princeton, it seems to be working quite well. We have been camped out at the Princeton Airport while attending the fall jet rally. The inverter has been performing quite well. It will allow us to use most of our 120 volt appliances while operating solely on battery power.  Of course we still need to use the generator to recharge the batteries but I am hoping to resolve that issue soon.
My goal is to add about 1600 watts of solar panels to the trailer along with 4 new lithium technology batteries. This should allow us to operate almost completely green. The only time we might need to run the generator is in the event of several days of overcast skies. I am hoping to order these items in the next day or two and will install them during our winter travels.
I should add that the weather here in Princeton over the last couple of days has been very unseasonable. We arrived in Princeton on Monday and spent the first couple of nights at Rivers Edge Campground. This is a nice small campground right on the Similkameen river. The weather for these couple of days was quite pleasant albeit a bit windy at times. On Wednesday we moved up to the airport and set up at our usual spot near the runway. I got everything ready for the rally which starts on Thursday. Later in the day on Wednesday several others arrived as well.
Thursday, the weather started changing. We got a fair bit of flying in but through the day, the temperature started dropping and the wind came up. Thursday night was a bit chilly and this continued into Friday. The sun did come out for a while and a number of pilots did get some flying in but in the evening the temperature dropped again and the wind continued to blow. 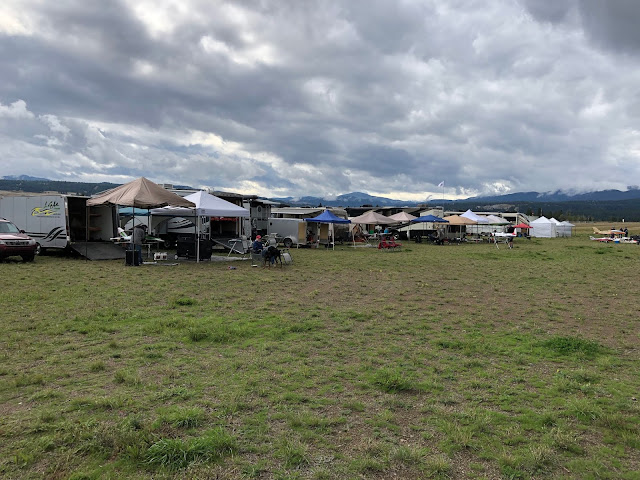 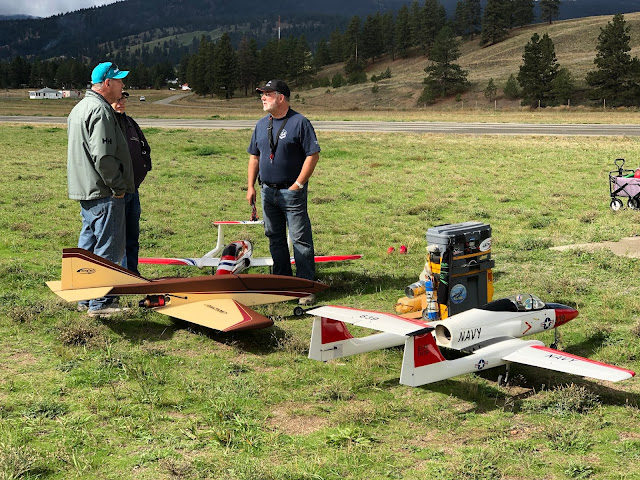 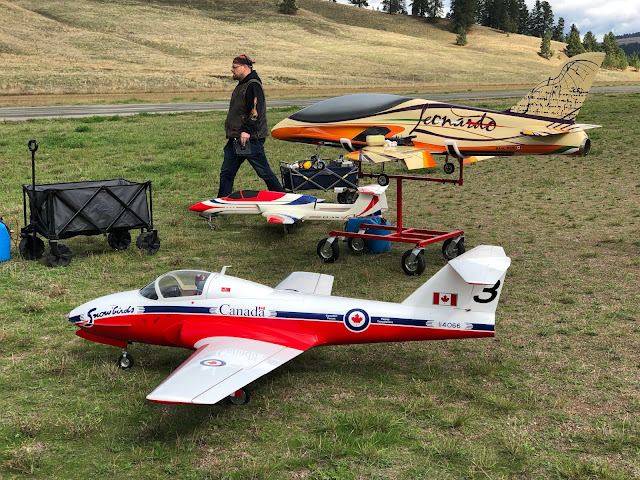 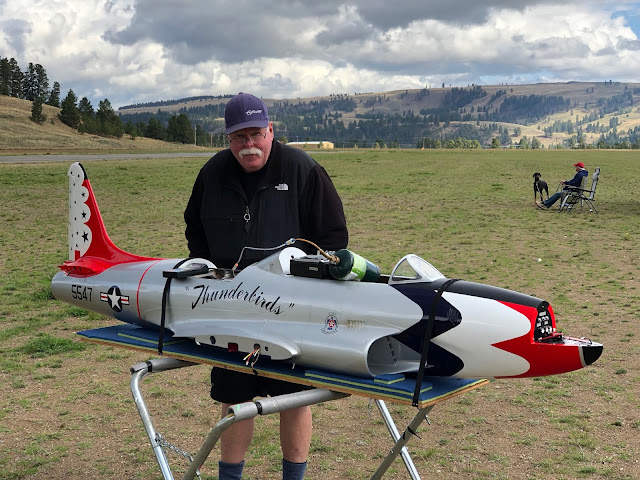 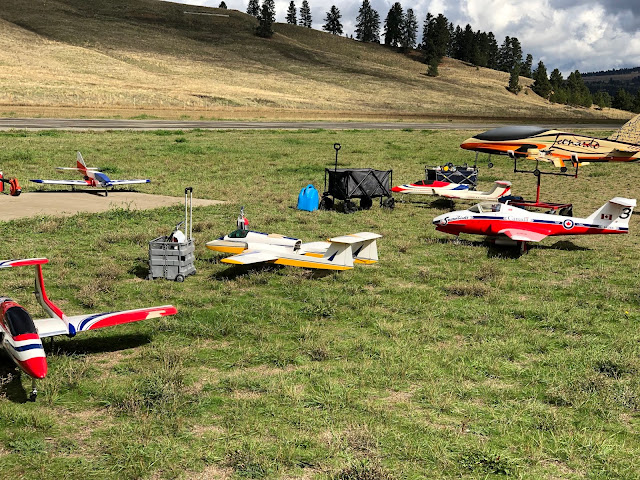 Friday night got quite cold and rainy and by Saturday morning was down to only +5C or so. Also on the nearby hills was some of that white stuff! I don't think I have seen snow on the local hills in September here in a long time. I can't wait til we head south!
Not much flying happened on Saturday as it was cold and windy most of the day. Around 4 though the wind dropped off for a bit so I dragged the Elan out and put in a flight. One benefit with jet turbines is that in the cold moist air, they develop quite a bit more power than they do in warmer drier air. The plane flew great. Shortly afterward though, the wind came back and things got cold again.

This was the 20th anniversary of this event and as a celebration we did a pig roast and pot luck supper. Delicious! 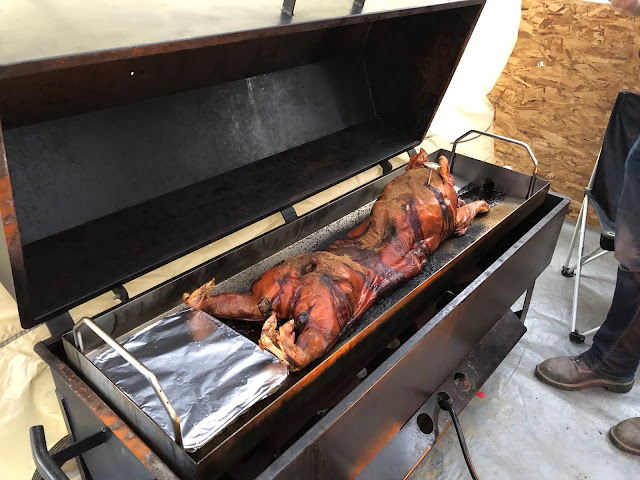 We plan to stay here through tomorrow and head back to Kamloops on Monday. We have a couple of appointments in town to take care of before we can head south.