Vernon and the BC Scale Classic

After leaving Kamloops last Monday, we headed for Vernon where the annual BC Scale Classic takes place. The field wasn't open to camping until Tuesday, so we spent one night at the Superstore in town. We needed to dump tanks and stock up on some groceries as well and I wanted to take a bit of time to visit my Mom who lives in a residence here in town.
While there, a friend from up north in Houston BC, called to let us know he was about an hour out and inquiring where we were. He met us there and after spending the night, we both headed out to the field Tuesday morning.
The Vernon R/C Aeromodellers have a beautiful field just North of Vernon. They have about 800 feet of golf green quality runway and a nice pit area as well as lots of open space. It is one of my favorite places to fly.
Once set up, we had a couple of days to practice before the contest. Wed. and Thursday were a bit wet at times but we did still get some good flying in. Friday dawned partly cloudy but no rain clouds around and about noon, they started the static judging.
In these scale contests there are 2 parts. The first is the static portion where your aircraft is judged against the full size prototype you have chosen to model. The aircraft is judged on several factors including on accuracy of outline or how close the outline matches the 3 view drawings of the original. Also judged are accuracy of colour and markings against pictures of the original and finally one judge rates the aircraft on the craftsmanship of the builder.

This was a partial lineup for static judging with my Super Cub at the back of the line. 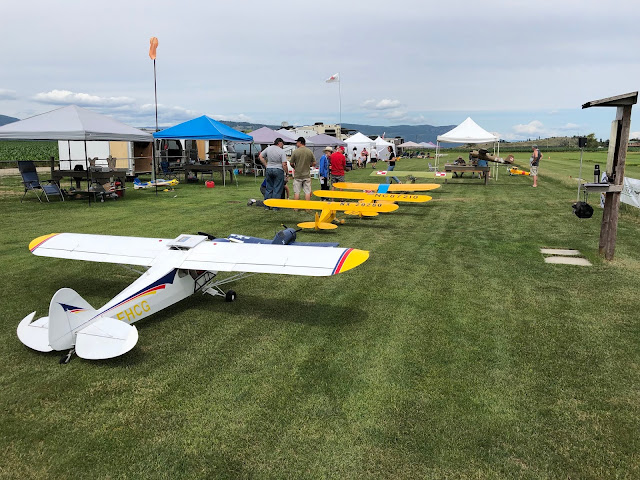 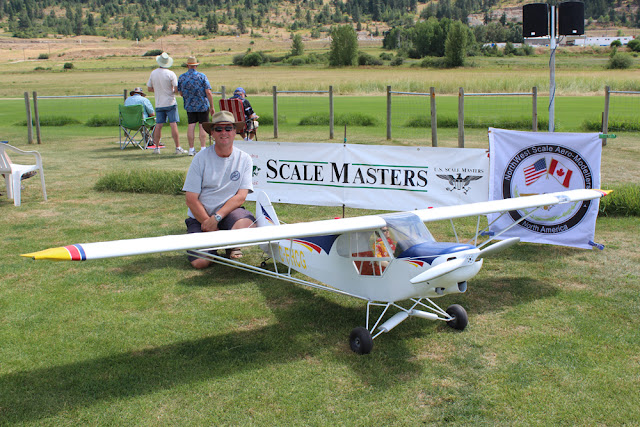 I did all right although with a score of 99.25 I missed out on first to this drop dead gorgeous PA15 Vagabond by Doug Stewart of Wenatchee. 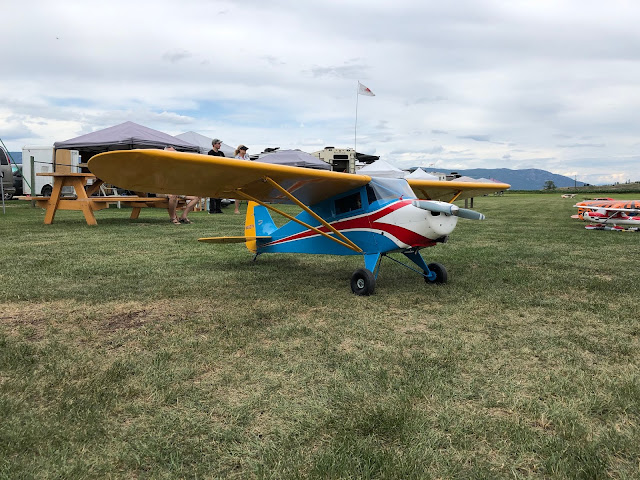 The photo doesn't do it justice. Doug also owns the full size aircraft so he can examine it and more easily duplicate all the tiny details.
Saturday we started the flying. We try and fly 6 rounds; 4 Sat and 2 on Sunday. The weather cooperated and we got all six in by midday Sunday.
I guess I did all right as I won my class (Expert). Doug won for top static score of 99.5 with the Vagabond and another pilot beat me by 1/2 point for top flight score on a single round. With my static score combined with the average of my best 4 flight scores I came out on top for first overall. 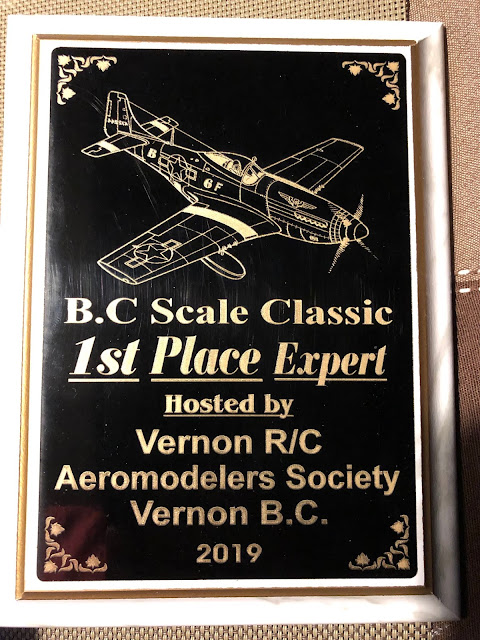 Tonight we are just relaxing before heading back to Kamloops tomorrow for a couple of weeks. We close on the house on the 25th so have to be around to sign papers and take care of a last few things there.

Posted by Rob and Chris's travels at 9:35 PM