Murphy has found us!

I think I spoke too soon in my last update. The very next morning (Sat) we woke to a fridge not working. I traced the trouble initially to a blown fuse in the fuse panel, but when I tried to replace it, the replacement blew immediately. I checked a bunch of things and was able to determine the problem was not the fridge itself but somewhere else, likely in the wiring. I had thoughts of a staple or screw through the wires somewhere. As it was a warranty issue anyway, we called a mobile RV repair tech who was able to come out and have a look. It only took him a few minutes and he was able to find the likely culprit. The power wire that feeds the fridge runs up the chimney cavity and about 2 feet up from the access panel, the wire had melted to and shorted against the chimney.
He was able to move it away from the chimney and get some tape on it to protect it. That fixed, everything was working as it should again.  We will still have to have the issue attended to and fixed properly, but will let Grand Design determine the best way to do that.
Otherwise, we continued with the fun fly at the ranch. We had a bit more rain but Saturday was mostly not too bad and a fair bit of flying was had by all. 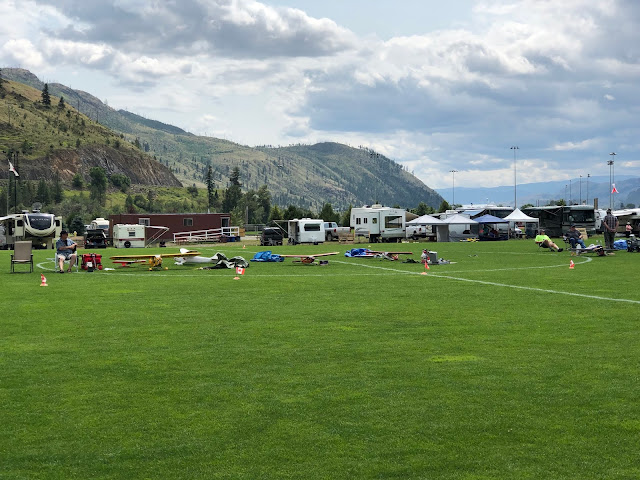 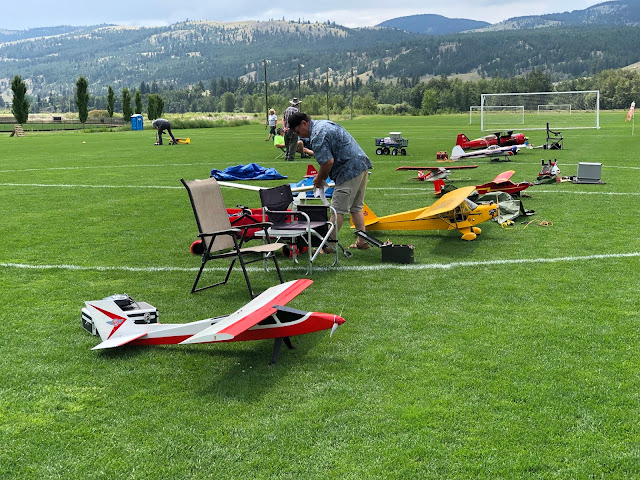 One other highlight of the weekend were several fly-bys of a full scale WWII B17 Flying Fortress and a B-25 Bomber. They were spending a few days at the Kamloops Airport and made regular flights overhead all weekend. 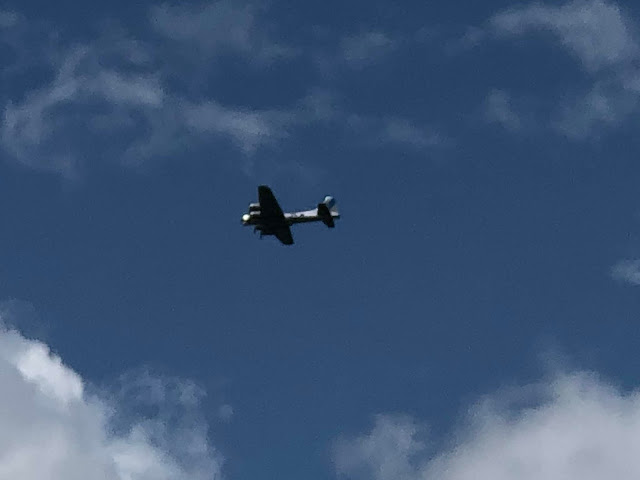 This is the B17. It was at the limit of my iPhones ability to zoom in so apologies if it is a bit fuzzy.
This morning, we broke camp and headed for Vernon. We are spending one night in the parking lot at the Real Canadian Superstore, then tomorrow morning, we head over to the Vernon RC Aeromodellers field and start getting ready for the BC Scale Classic which will run Friday, Saturday and Sunday.
One thing I was able to get done over the weekend was to get my battery monitor hooked up again. I don't like it when I don't know the status of our house batteries. 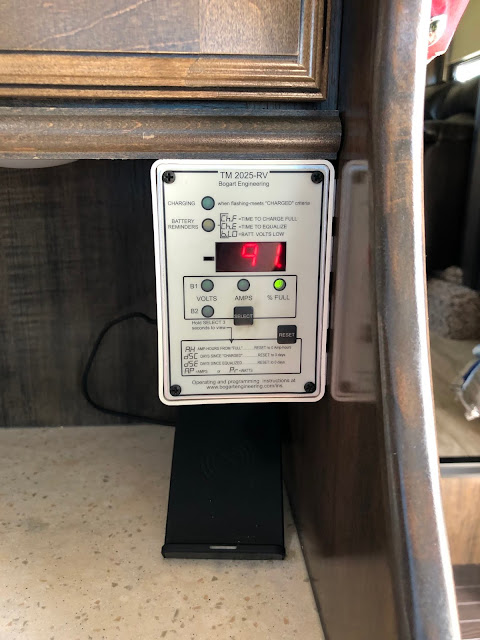 Normally they would be fully charged by now but until we can get the solar system reinstalled, the only way we have to charge them, other than being plugged in to shore power, is to run the generator. I will probably do that a bit later this evening and for a while tomorrow.
Posted by Rob and Chris's travels at 4:26 PM