Well, the rain continued through Monday night and well into Tuesday. Everything around us was quite wet and the usually dry washes were running again. 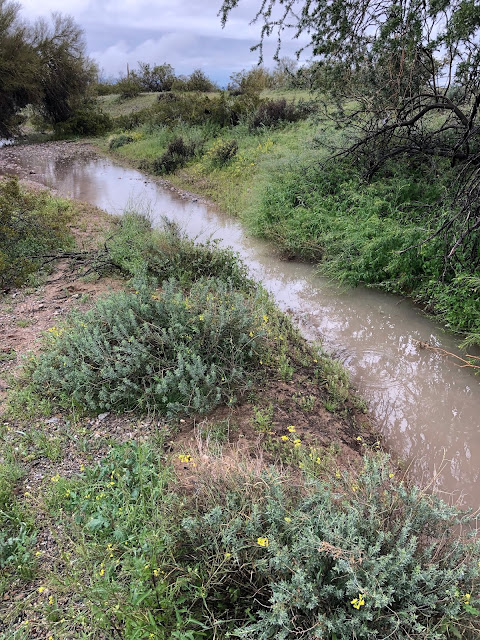 Everyone we have talked to who has spent any amount of time down here says they can't remember a year where the desert was this green at this time of year. Also the wild flowers are still in full bloom as well. You can't walk hardly anywhere without stepping on them. We didn't do much Tuesday as it was just too wet and cold. 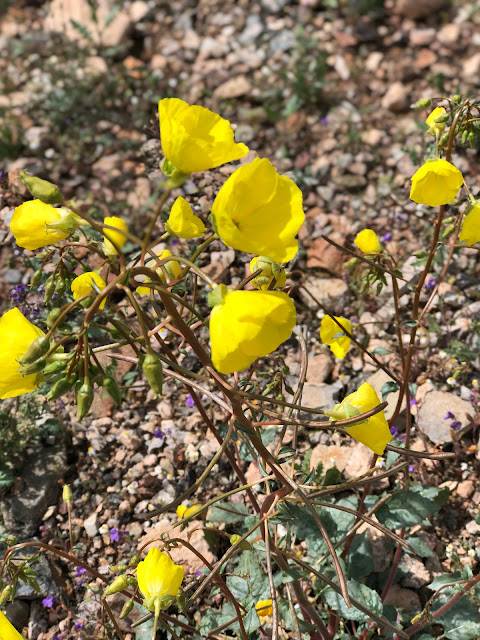 The story of Wednesday had to be the wind! The good news is that the clouds cleared off and the sun came out but the wind really started to howl. It blew all day and right into the night. The trailer got rocked a few times by very strong gusts. From what I hear though, we had it easy compared to New Mexico a few hundred kilometres east. There it was strong enough to blow trains off bridges and tip over trucks on the highway!
Later in the day, Chris and I decided to make one last trip into Quartzsite more or less for something to do. Between last winter and this one, we have been into the town of Quartzite countless times. One thing we had not done until yesterday though was visit the Hi Jolly Monument. Hi Jolly was a camel herder who spent most of his life in the Southwest. The link above has lots of information on this interesting character. There is a monument to his life and exploits in the area at his gravesite in the Quartzsite cemetery. 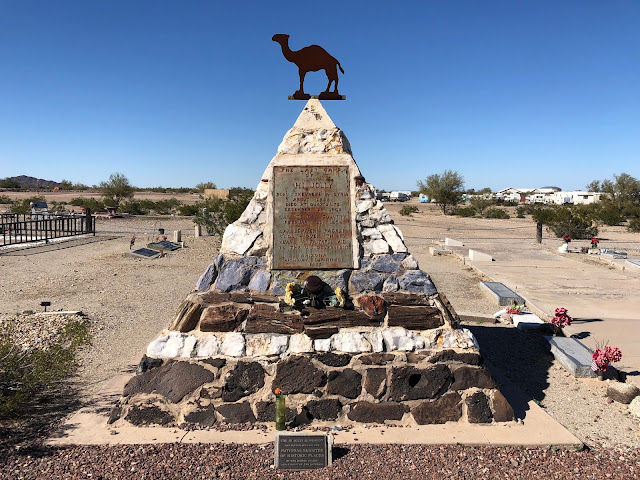 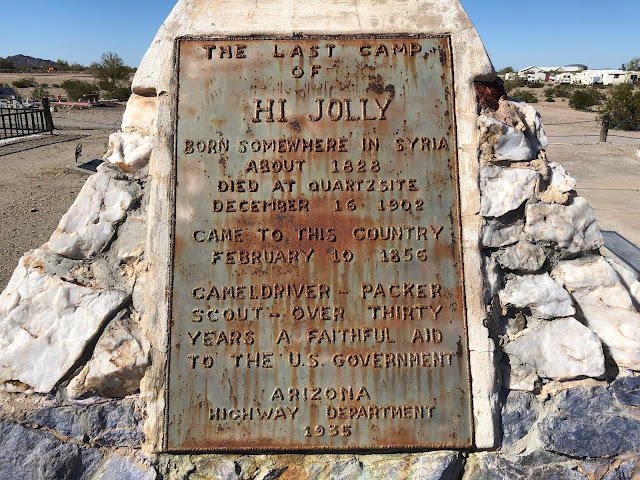 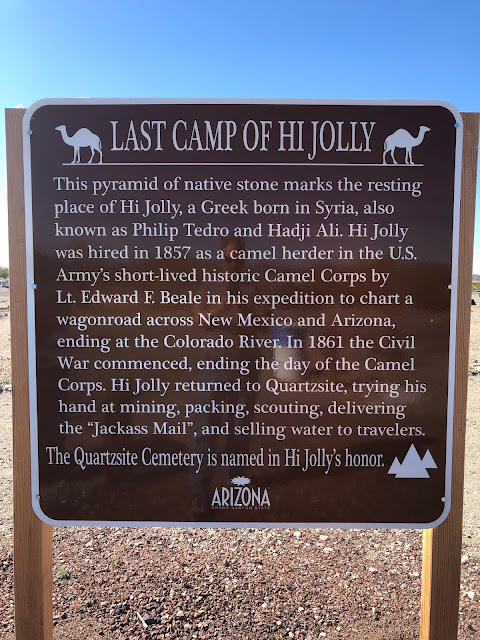 Today (Thursday) was moving day again. We said our goodbyes and continued the slow trip home. Today was only a short drive up the road of just over an hour. We have moved to a BLM area just north of Lake Havasu City. The wind is still blowing as well. Maybe not quite as strong as yesterday, but still strong enough to shake the trailer occasionally. We expect to stay here for a day or 2 before carrying on. We visited the London Bridge last year when we were here so doubt we will do that again but will see what else there is to do here. There are some interesting rock formations in the area but I don't think I will try and climb any of them. 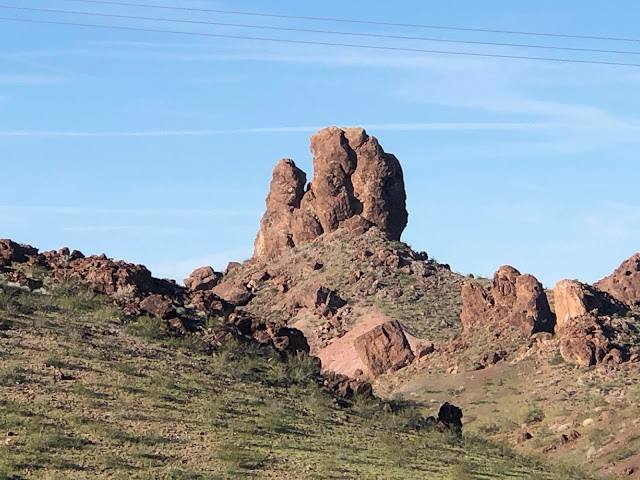 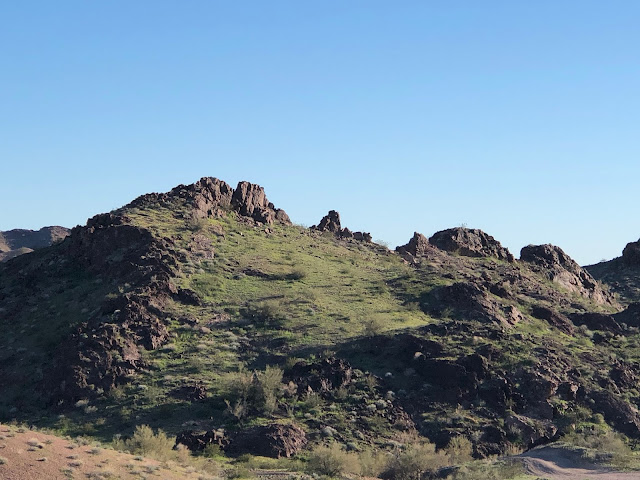 Posted by Rob and Chris's travels at 9:56 PM