Shortly after arriving here a couple of days ago, I noticed a rock ridge across the road just to the North of us with what looked like a couple of stone arches. 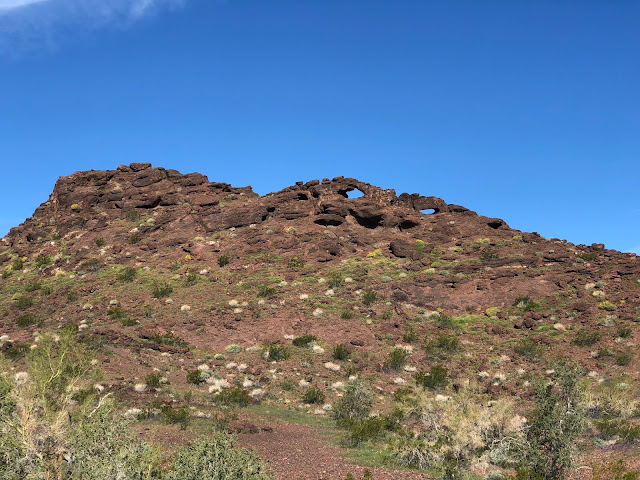 I looked up the location of the ridge on Google Earth and found that it was only about a mile from where we were camped so would be an easy hike. So about 10AM on Sunday, I set off. Getting there only took about 25 minutes as I just cut straight across the desert. It started out as a coolish morning but was warming up quickly and with the warmth comes the possibility of snakes so I was keeping a close eye out to where I was stepping. Fortunately I didn't come across any but I did find lots of wild flowers though. Are you getting tired of flower pictures yet? 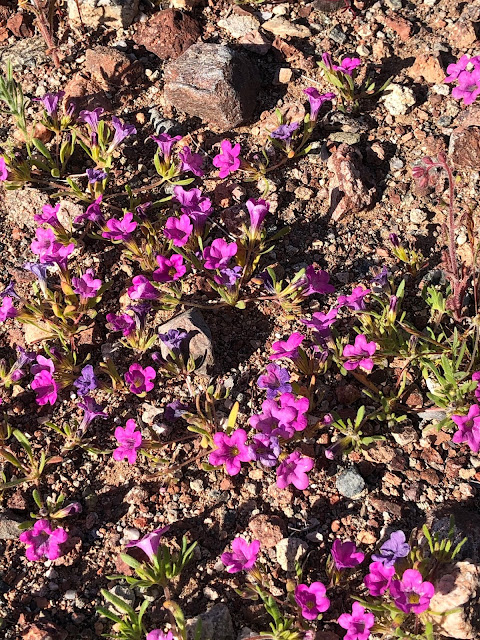 There were lots of this one which iNaturalist identifies as Nama or Purple Mat.

Carrying on, once I got to the bottom of the hill, the next challenge was figuring the best way up. Most of the hills around here are composed of loose rock over the substrate so can be pretty slippery if you aren't careful where you step. It took me another 15 minutes or so to make it up to where the arches were. It was worth the climb as they were quite impressive. A bit bigger than they looked from down below too! This one was big enough to walk through without bending over too much. 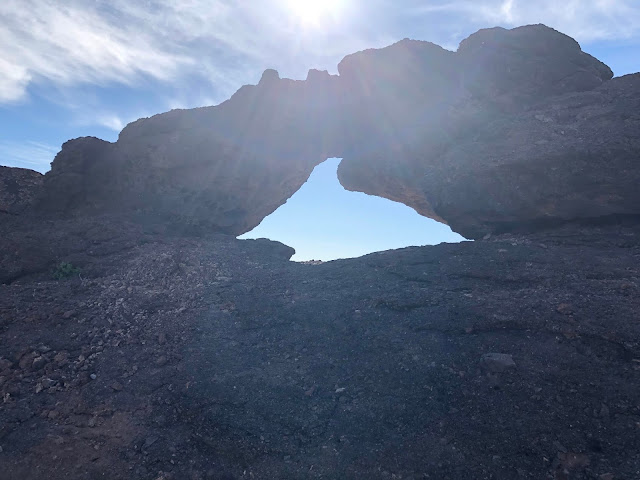 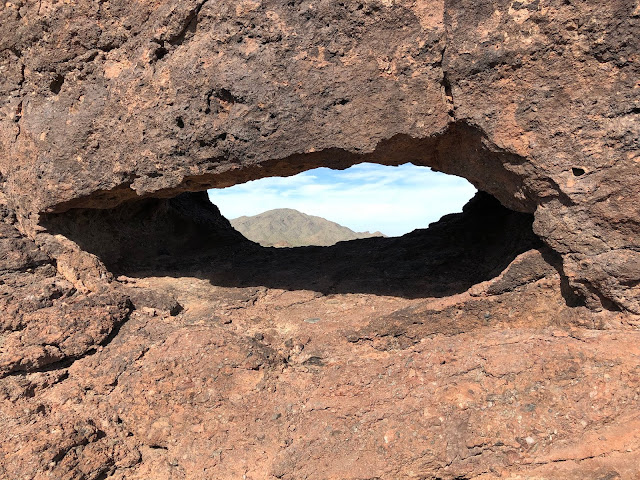 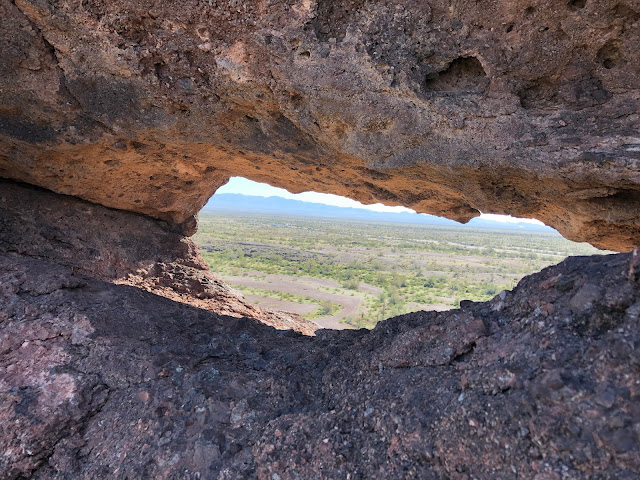 If you look carefully through this one, you can see our camp off in the distance.
I also discovered there was a geocache up here so took a few minutes to locate that as well. It proved a bit more difficult that I had thought as my GPS was leading me in circles on the wrong side of the hill. Perseverance paid off though as I did finally locate it.
I came down a slightly different route and took this shot about halfway down near another rock outcrop. 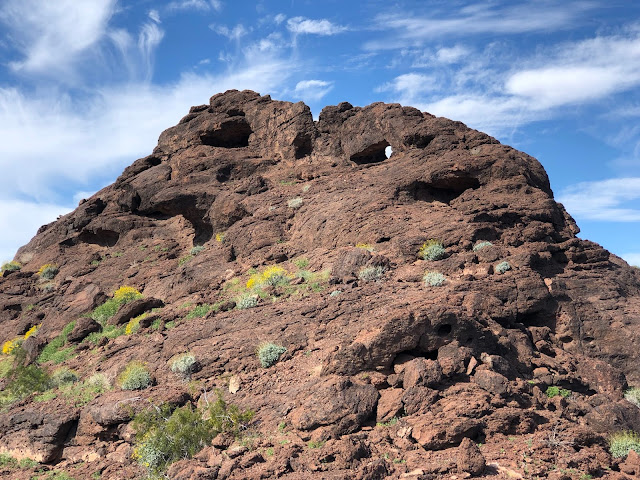 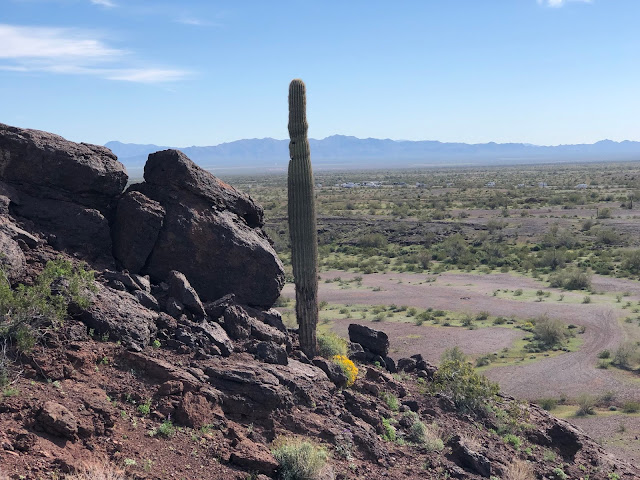 From the same spot as the last shot, I took this one looking back towards our camp. You can just see it to the right of the Saguaro cactus.
I went looking for another couple of geocaches on the way back and made it to the trailer just around 12.

Today there were plans for lunch trips into the local towns. The guys were heading in to a pizza place in Quartzsite while the gals were going Mexican in Parker. I didn't sleep all that great overnight and wasn't feeling all that great so elected to stay behind, but I gather a good time was had by all.

Around about 3:30 it has started to rain again! The forecast shows showers through most of the night tonight and then mainly cloudy tomorrow. I hope we get back to nicer weather soon. I am getting tired of the rain. Oh well, at least I don't have to shovel it!
Posted by Rob and Chris's travels at 6:44 PM