Moving on and more snakes?

We had initially thought that the weather favoured staying in Ely (pronounced Eelie, BTW) another day or so, and Friday dawned kinda so-so but later on, things cleared up and warmed up so after doing our laundry, we decided to venture on. We pulled out about 1PM and made our way to Twin Falls in Idaho. Thankfully the drive was uneventful and we arrived about 5. One thing I had forgotten is that Twin Falls is right on the Snake River and just south of the massive Snake River Canyon.
We had figured we would stay at the Walmart in Jerome, just a few miles north of Twin Falls but as we were pulling off the freeway, we spotted a nice quiet looking spot that turned out to be the Jerome RV sani dump. It was mostly closed for the season so no traffic and a nice level spot to park which is what we did.
Last year while down south, we spent some time with some people who live in Twin Falls and have become friends. We had let them know we were coming through and had made arrangements to meet up at the info centre.
Eric and Susanne were kind enough to take us around and show us some of the local sights.
The info centre is right beside the Perrine Bridge which is the major crossing on US-93. It is also the only bridge in the US where BASE jumping is allowed. While we were here, we saw a couple of jumpers leap off the bridge and parachute to the ground down by the river. 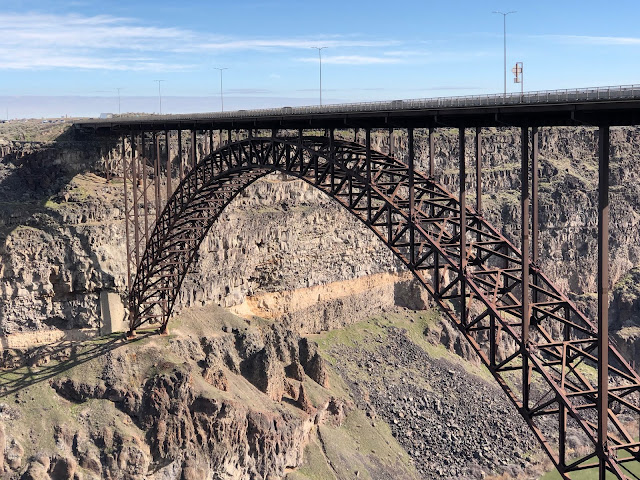 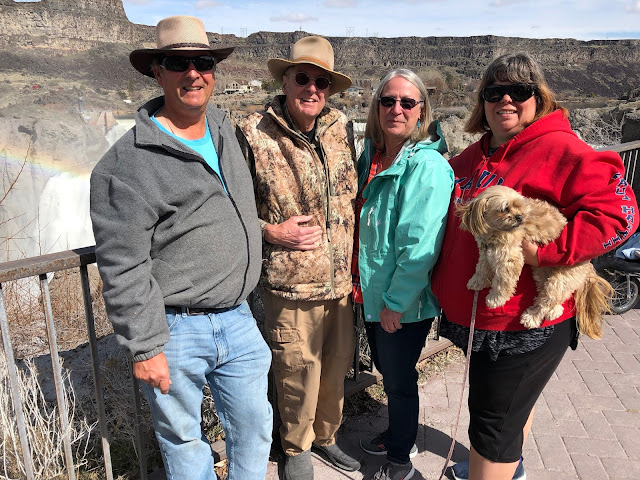 Our first stop was the famous Shoshone falls. One interesting little tidbit; these falls were originally named the "Canadian Falls" by a Canadian priest in 1847. Sadly, the name didn't last and they were renamed the Great Shoshonie Falls in 1849. Some time later the name was shortened to Shoshone Falls. 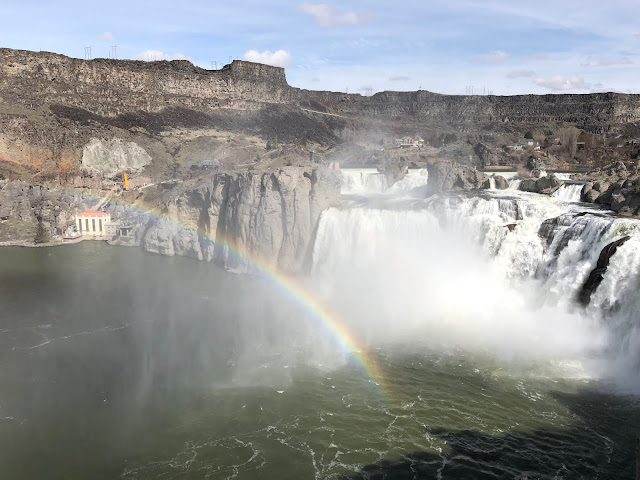 After Shoshone Falls, they took us over to the falls the city was named after; Twin Falls. 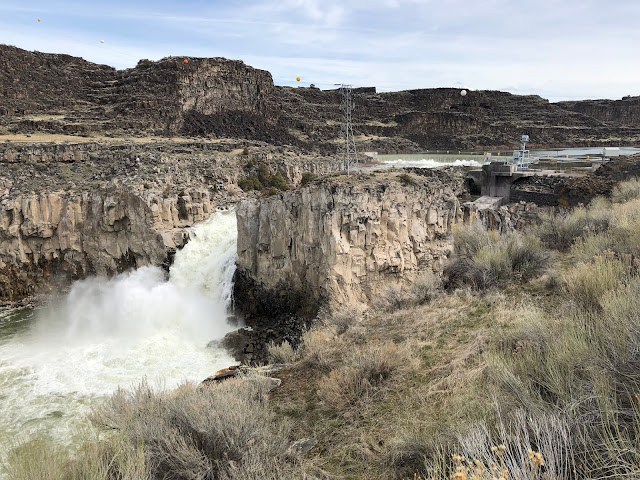 There is only a single fall now as the second was blocked off and the water has been diverted through a hydro electric plant.

Next up was a place called Cauldron Linn. We had a little trouble finding it as the road isn't marked too well but Eric succeeded. When you think the entire flow of the Snake River flows through this 40 foot gap it's pretty impressive. 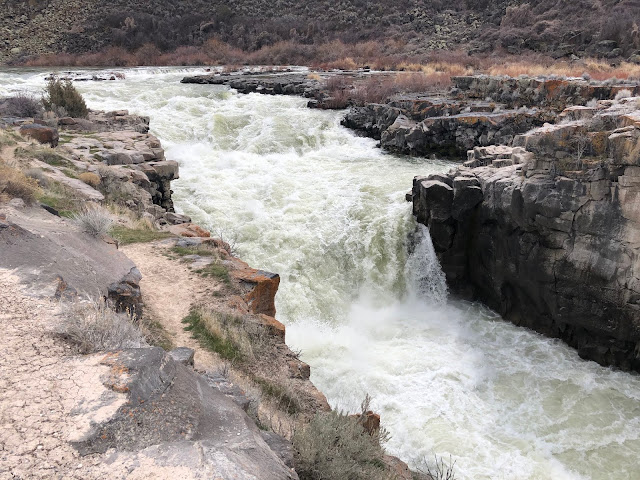 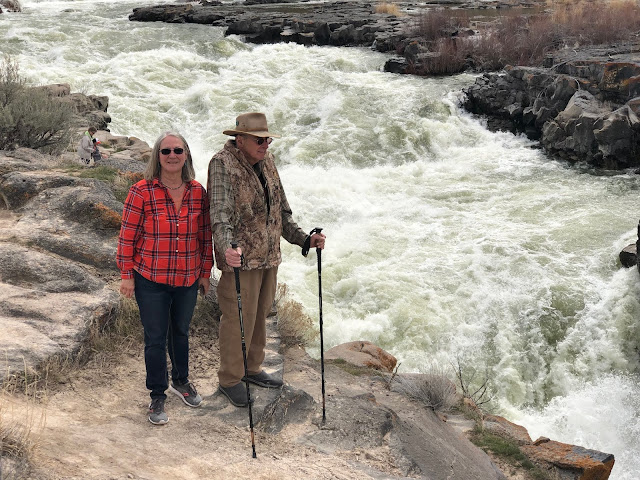 Finally they showed us the new house they are building at which time we headed back to the trailer. We had invited them over for dinner and Chris needed to get going on that. They arrived at 6:30 and we all had a nice meal and more socializing.

This morning turned out to be cold and wet but no indications of freezing or snow, so we headed out. We are now at a Walmart for the night in a town called Island City in Oregon.
Posted by Rob and Chris's travels at 7:58 PM