Anyone I have talked to who has been to the Pima Air and Space Museum say it is a must do. When we mentioned it to our friends, Paul and Joan, they agreed and said they would like to join us. So that was yesterdays activity.
We met them at the museum at 10AM and then proceeded to spend about 5 hours wandering around the indoor and outdoor displays.
The museums collections of aircraft of all types and sizes are impressive. From the small Bumblebee with its 6'6" wingspan to the B-29 Superfortress and B-52 Stratofortress as well as a replica of the Wright Flyer and even one of the Boeing 787 Dreamliner test aircraft.
Unfortunately the weather wasn't the greatest for spending a lot of time outdoors, being cold and windy, but at least the rain from yesterday is done with and the sun was out for the most part. Still though, we limited our time outside somewhat. I think Paul really enjoyed himself. He either worked on some of the same models on display in his earlier military days or flew some of them. He quite often had some humorous anecdotes to relate. 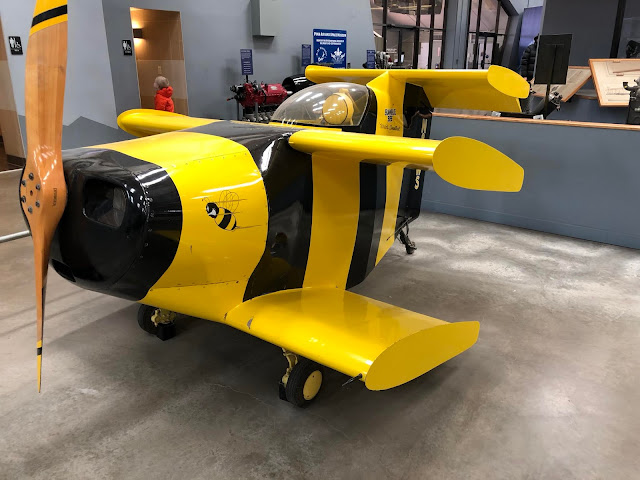 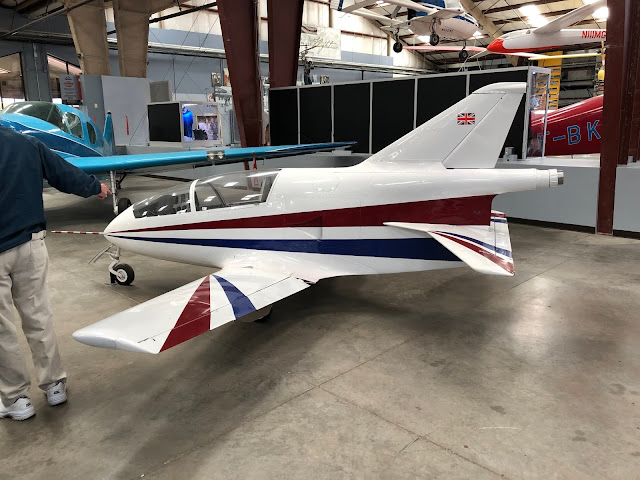 A BEDE 5J painted to match the one used in the James Bond movie, "Octopussy". 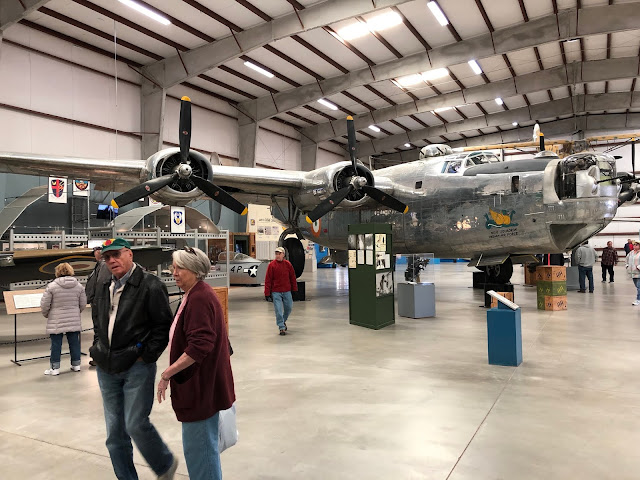 A nice example of a B-24 Liberator. That's Paul and Joan in the foreground. 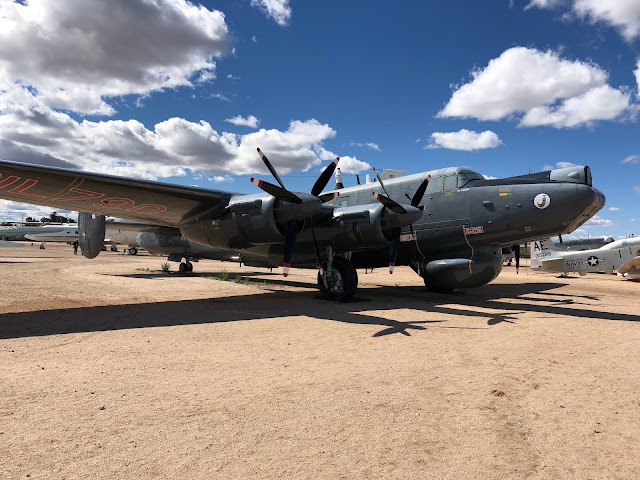 An AVRO Shackleton. Similar to the AVRO Lancaster but a later design. 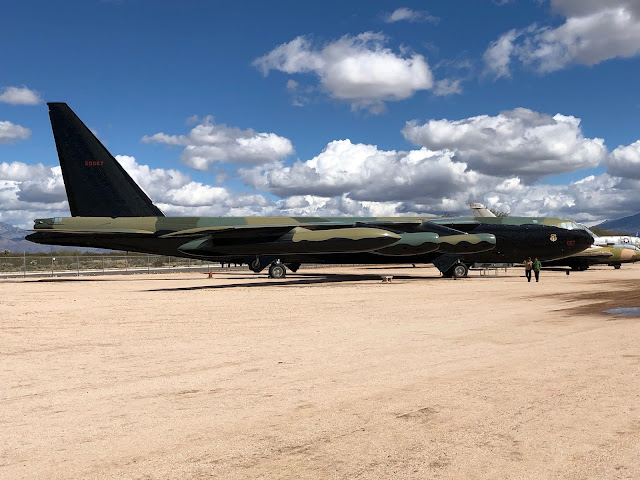 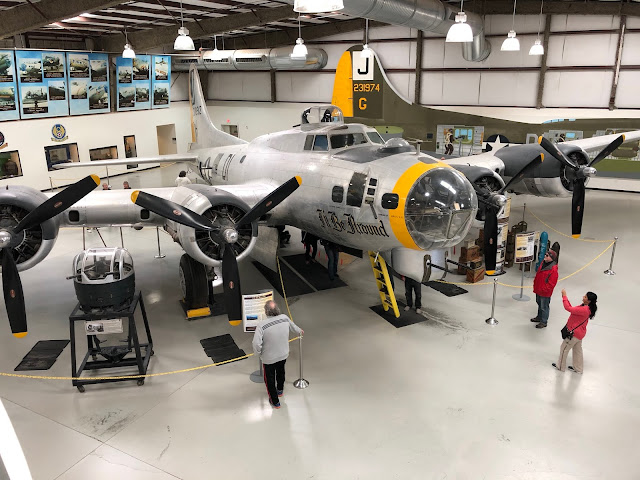 They had one whole hanger dedicated to this B-17 and the crews who flew them in WW2. 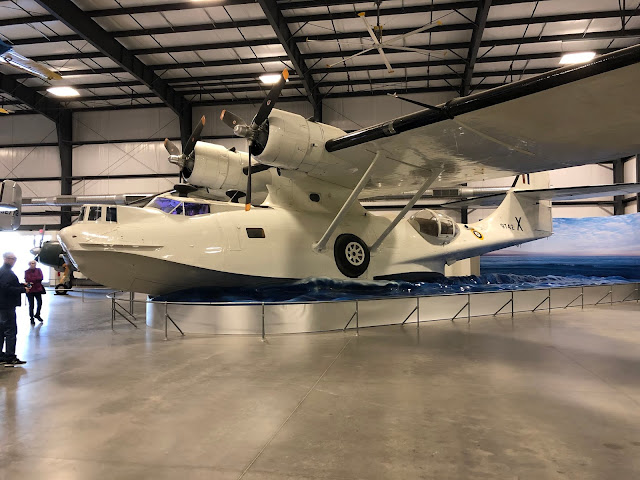 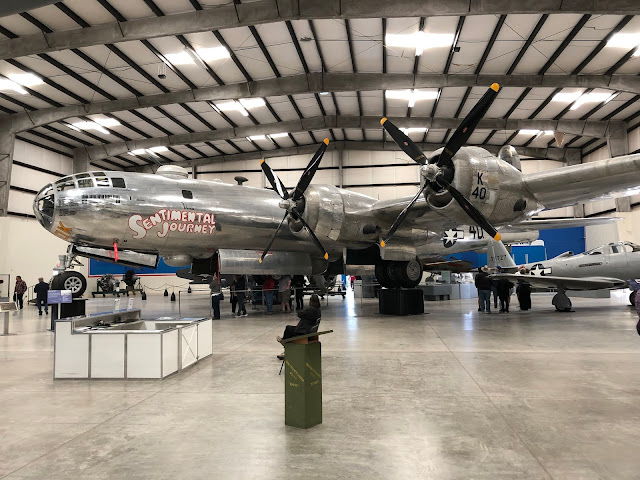 And their B-29 Superfortress

There were way too many other beautiful examples to list or show here.

By 3 PM, our feet were sore and we were all getting tired so we called it a day. We didn't get to see everything though and I would like to go back sometime and do it again.
Posted by Rob and Chris's travels at 6:26 AM