Friday, Paul and I went flying again. I needed to conserve my jet fuel for Yuma so didn't take an airplane but hung around the field with Paul for a while before heading back to the trailer. Other than that not much of interest to relate.
Saturday as well, we both just took it easy all day. I wandered around the airport a bit but didn't do much else.
Something I had been curious about even when we were here last year is an old boat parked on the far side of the airport. From our camp we couldn't see too much detail, so Sunday morning we drove over to take a closer look. 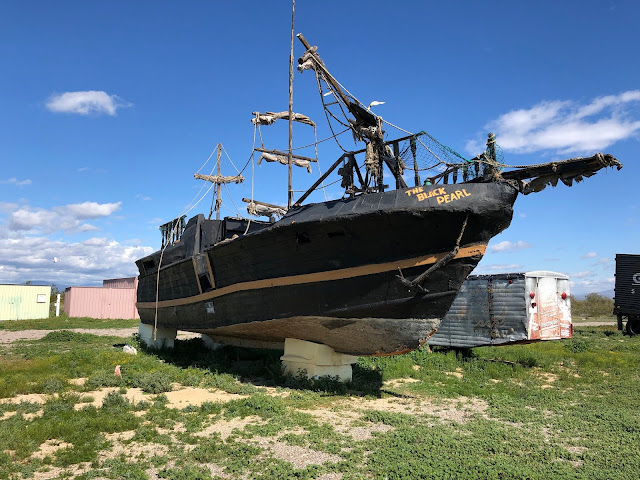 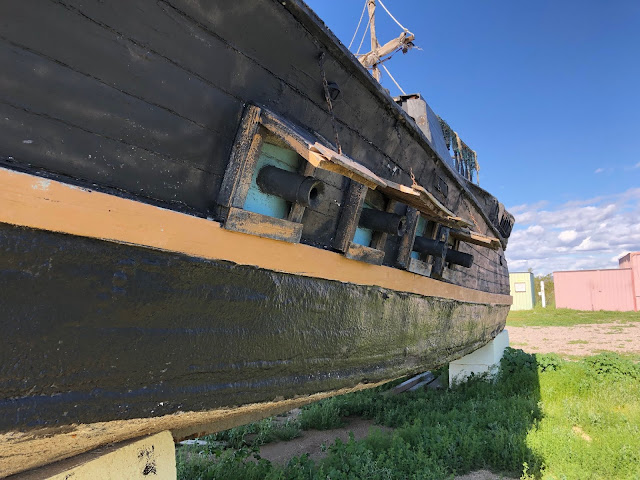 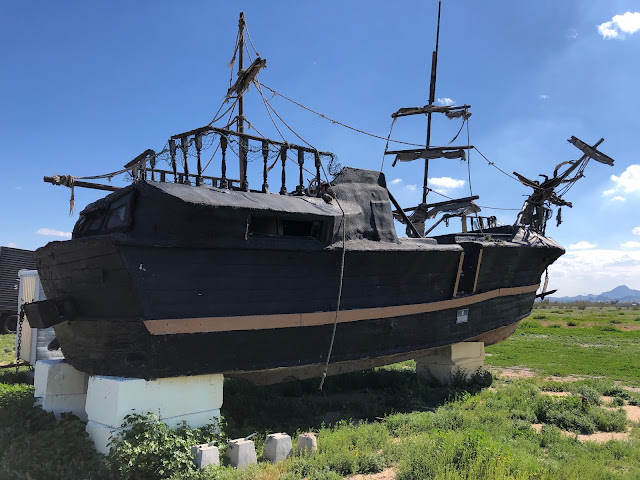 According to Rick, the airport manager, it is owned by a Hollywood stunt man and may have been used as a prop for the "Pirates of the Caribbean" movie. Looking at it close up it is in very rough condition. A lot of the details are just hacked out of Styrofoam and painted over.
Looks kinda neat from a distance though.
We needed to pick up a few groceries before moving on so after checking out the boat we made a  quick trip to Fry's and also topped up the truck.
Monday was moving day. We are moving to Tucson to see a few of the attractions there. Paul and Joan are joining us so we had made arrangements to meet up with them at noon at the first stop. The weather has changed again and a fair chunk of the drive south was in rain, at times fairly heavy. It was also pretty cold, getting down to 4C in places. At one point I was wondering if it might actually change to snow!
Just north of Tucson is our first stop; Biosphere 2. 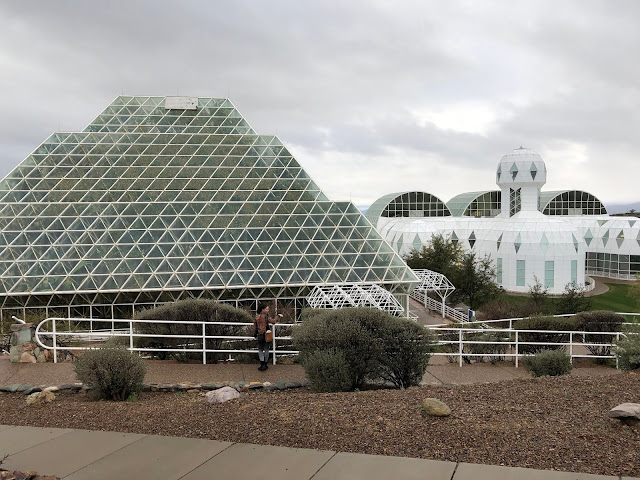 This is a scientific facility that was built in the late 1980's and early 1990's to test whether humans could survive in a completely self contained colony. The original experiments are long over, but the facility is still in use and run by the University of Arizona.
The 4 of us arrived about 12:30 and after stopping for a bite to eat in the trailer, headed over to the facility. I guess maybe because it was Presidents day today, the lines were quite long. It took us about 30 minutes to get through the line just to be able to buy our tickets. We were lucky and managed to get on the last guided tour at 4PM.
I personally found it fascinating and well worth the admission. I think the other 3 enjoyed is as well. Our tour guide was very well informed and was able to answer everyone's questions.
There are several biologically diverse ecosystems inside the facility. 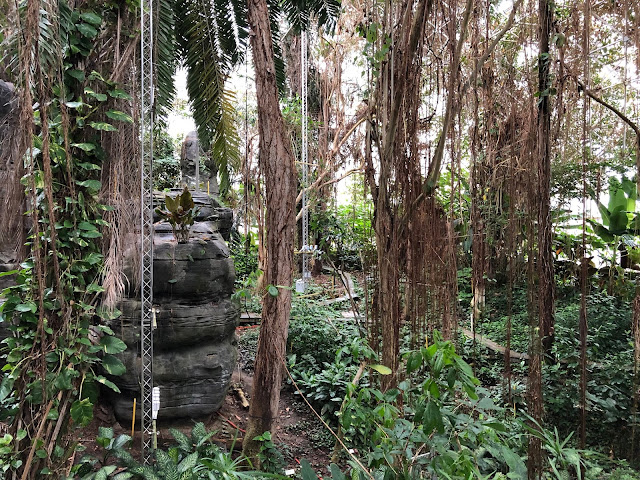 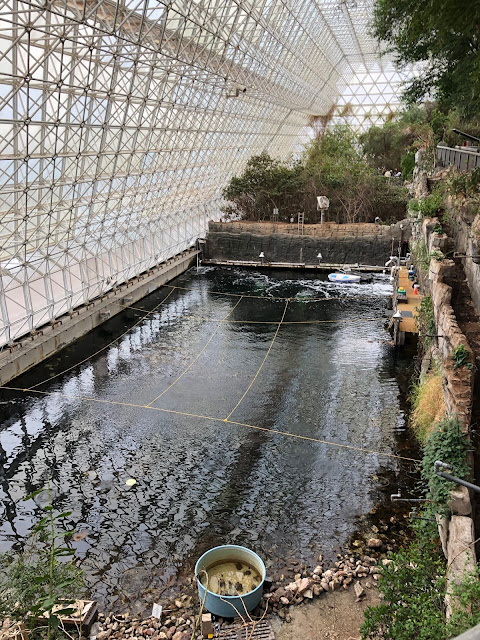 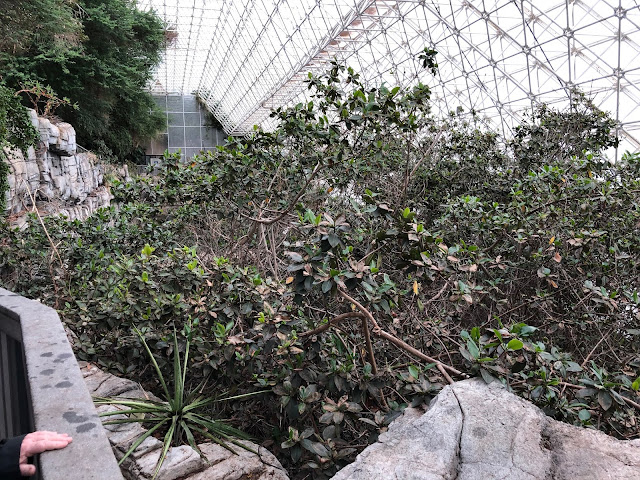 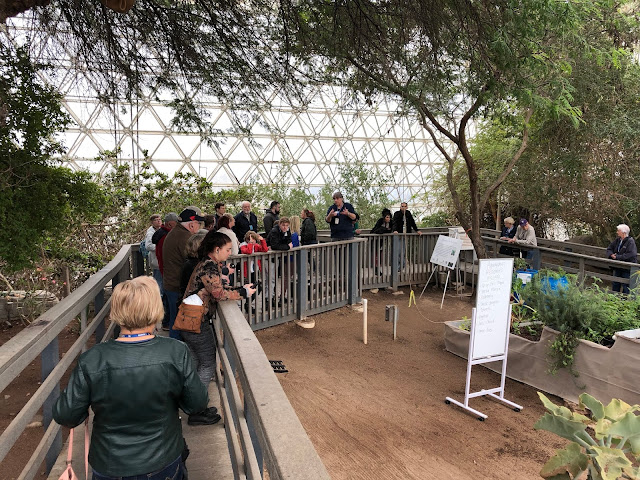 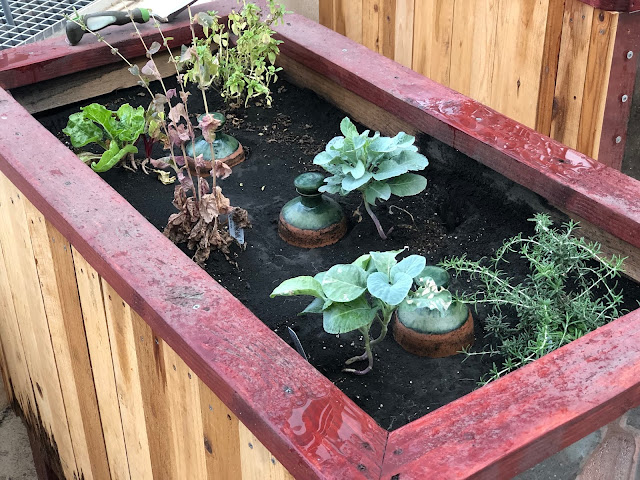 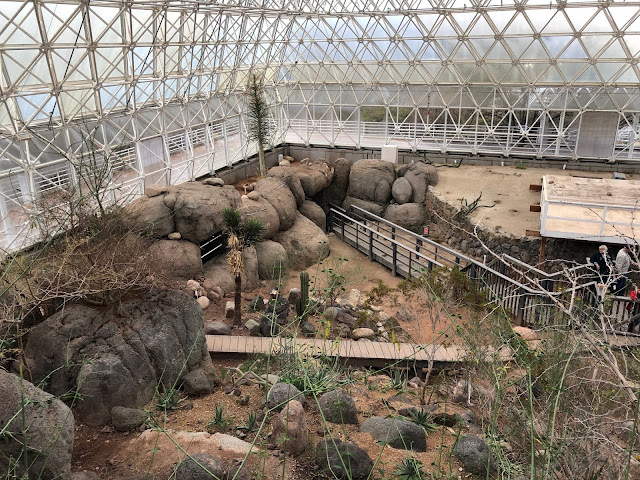 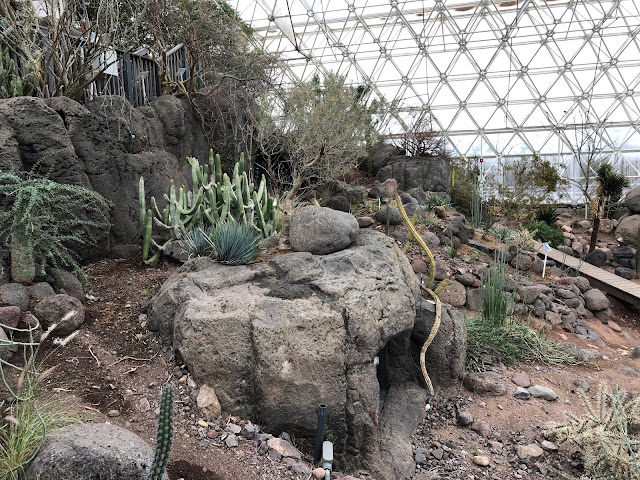 More of the Fog Desert Biome

All in all, the full tour took about an hour and took us through all 4 major biomes in the facility and also some of the support equipment and facilities.
I found it all fascinating and glad we decided to visit.
After finishing up here, we went our separate ways for the rest of the evening and will meet up tomorrow for our next adventure. Stay tuned.
Posted by Rob and Chris's travels at 8:15 PM