We have been seeing a daily increase in cloudiness over the last few days up to today. This morning around 4 AM it started to rain. Not heavy, but solid showers which lasted up until about 9 AM. As I write this around 11 AM we have a solid overcast and no rain at the moment although it is supposed to start up again this afternoon. The forecast for the next few days is also for more cloud and occasional showers so I suspect we will have to use the generator a bit as we won't likely be getting much sun for charging.

We will be headed over to our friends, Paul and Joans, for the Super Bowl this afternoon. Their daughter Kelly and her 2 daughters and possibly a couple of others will also be joining us. Chris has made up a few treats to take with us as well.

While it has been less than a week since her injury, Maya seems to be doing about as well as can be expected. She is still not putting any weight on her leg although she does try occasionally. We are trying to keep her as quiet as possible but it isn't easy as she is such an active puppy. I think the anti-inflammatories are helping as she doesn't seem to be in too much discomfort. From my research though it could be up to 2 months before she is more or less back to normal. Going forward, I think we are going to have to think about scaling back on her play a bit. Now that she has torn one CCL, she could be at higher risk of re-injuring the same leg or even injuring the other one.

I always like seeing pretty airplanes. There is one around here that we have seen a few times. It isn't based here but has been coming by to practice every few days. At first I though it was a Super Cub, but on further investigation it is an Aviat A1-C Husky. Very similar to a Super Cub and from a distance hard to tell apart. 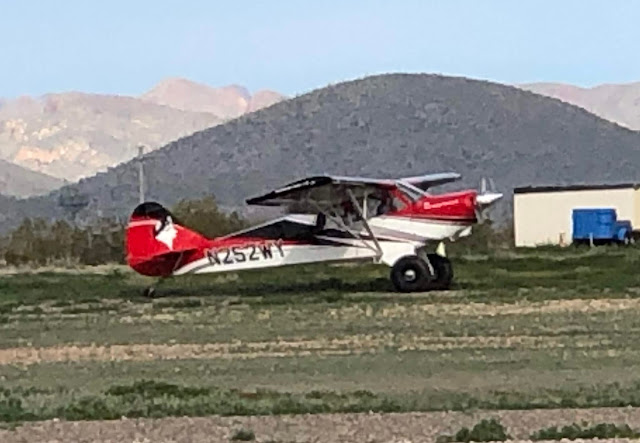 Not the greatest photo but all I could get with my iPhone.

Another that we have seen is a 250 HP Maule. It is quite the performer with that much horsepower. 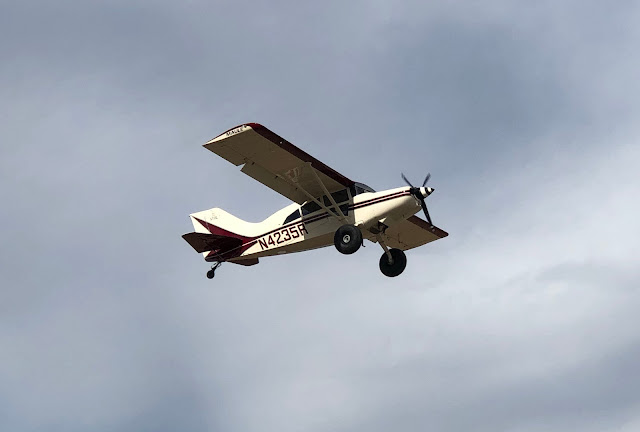