Betty's Kitchen and our last full day at Mittry Lake

After breakfast the 3 of us took a short drive over to Betty's Kitchen. This is a short half Km or so interpretive trail at the site of the original Laguna Diversion Dam. The interpretive trail system was named after an illegal restaurant that operated in the area until it was destroyed in a flood in 1983. It was built back in the 90's and at that time was probably a nice walk through the original vegetation of the area.
Unfortunately, since that time the area has suffered through a recent major flood and brush fire that destroyed much of the native vegetation. Human vandalism and neglect has also taken its toll on much of the interpretive signage.
The original earthen dam still exists as well as a flood control gate built in 1907. One interesting thing is a bridge over the flood canal adorned with a number of swastikas. Keep in mind, this structure was built long before that symbol was taken by the Germany's Nazi party as it's symbol. At that time the symbol was a Hindu symbol indicating a power over water. 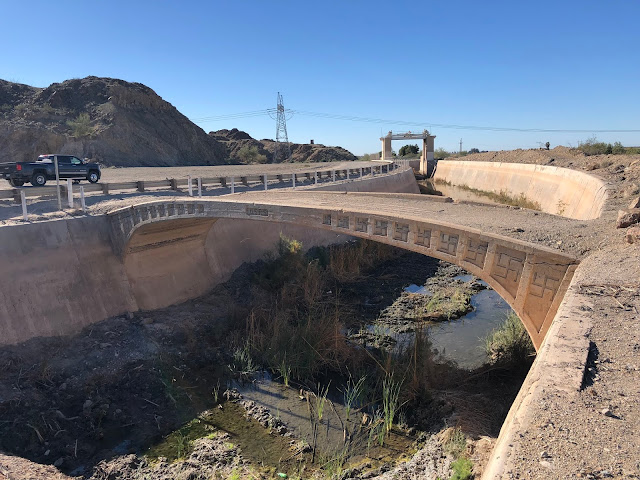 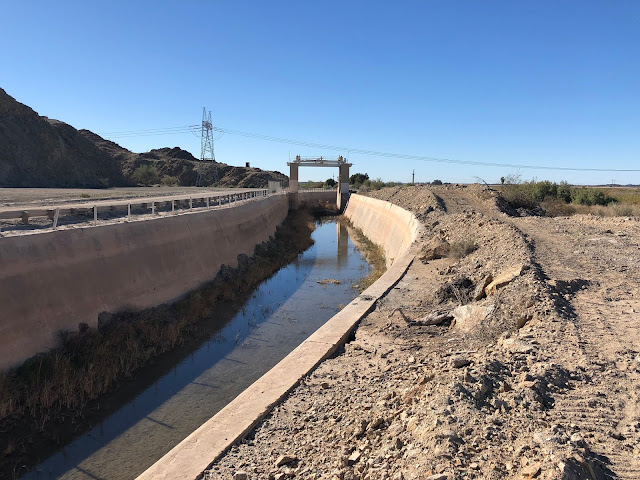 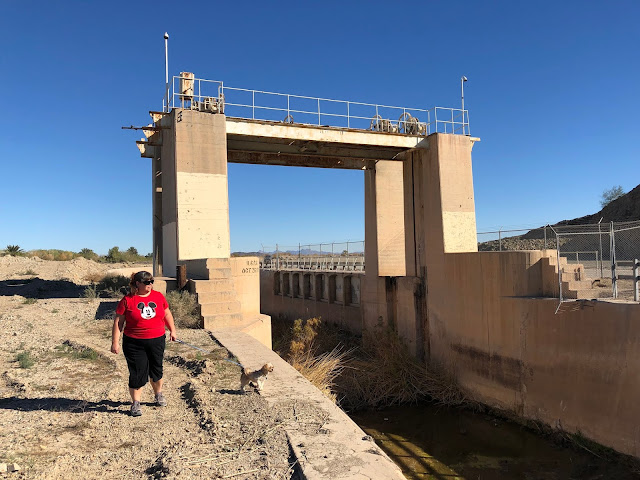 Today, control of the Colorado river takes place at the newer Imperial Dam which was built in 1938.
Posted by Rob and Chris's travels at 5:50 PM