Back home we were used to having a low intensity night light in our bathroom. I find there is almost nothing worse than being roused out of a satisfying sleep because your partner needed to turn a light on to find their way. I could have used one of the standalone touch lights I suppose but I dislike buying throw away batteries when I don't have to, so that wasn't really suitable.
My solution was to use a common solar LED spotlight that I purchased at Walmart. The type I purchased could easily be broken down into its 3 main parts without too much trouble. The three parts you want to isolate are the solar panel, the electronics/battery box and the LED itself. There are many models by different manufacturers that will work. The best ones use light level rather than a separate photocell to sense darkness. If the solar panel has a little round thing in the middle, it is the latter. Look for one with a solid panel. 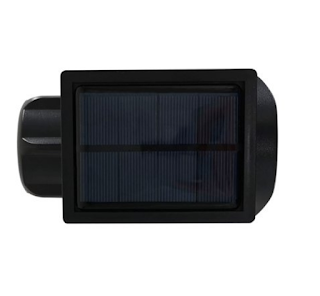 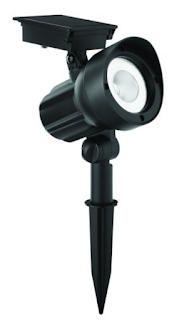 After disassembling it, I mounted the solar panel on the roof near the bathroom vent using Dicor Self Leveling compound and the electronics/battery box just inside the vent cover where it would be protected from the elements. 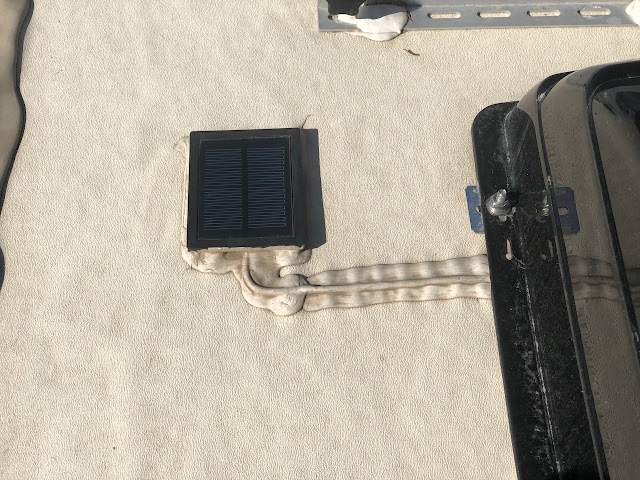 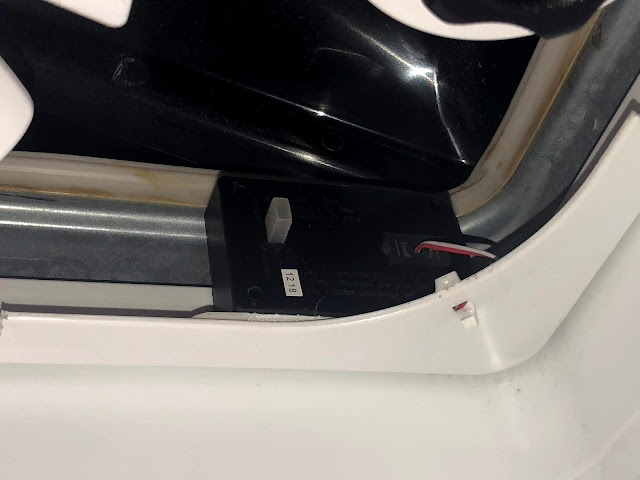 I did have to extend the wires slightly as they weren't long enough as supplied. I stripped the LED from the spotlight housing and mounted it through the screen in the bathroom vent.
Between dusk and dawn, it comes on and provides a nice soft light in the bathroom. 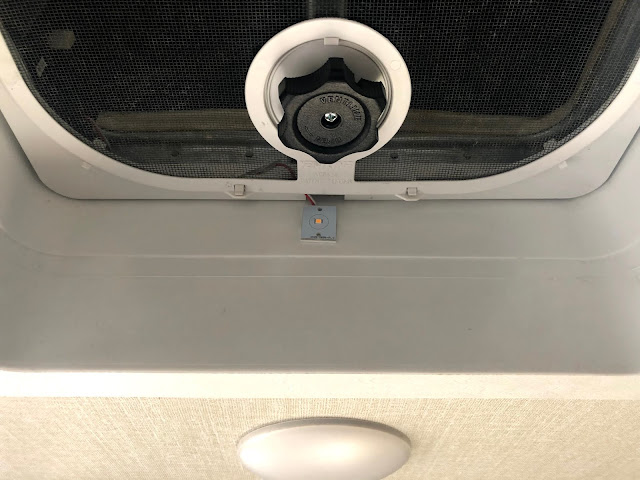