After leaving Sandy Point Wednesday morning we headed back to Kamloops and made a quick stop at the house to refill with fresh water and swap a few airplanes around. Next stop is Princeton, BC for the Spring Jet Rally hosted by the Princeton Jet Flyers RC club.
The event is held at the Princeton municipal airport where we have almost 4000' of paved runway to play with.
We arrived around 3PM and found about a half dozen others here already. We set up camp near the main pit area and started to get things set up.
As this is a full scale airport, we had a NOTAM that came into effect Thursday morning which is when the flying gets started.
The day started out very nice but after noon the clouds started to build and we soon had thunderstorms all around us. Nothing came over us but there was frequent rumbling and the wind started to freshen.  This kept a lot of the guys on the ground.
Friday was a very similar day but if anything it got windier in the afternoon and quite warm. At one point we had thunderheads all around us but we still had clear skies over us.
Again Saturday was almost the same if windier yet. And just as hot.
Despite the weather, the mornings of all three days were very nice and we still managed to get a fair bit of flying in.

Here are a few shots of some of the attendees and aircraft this year. 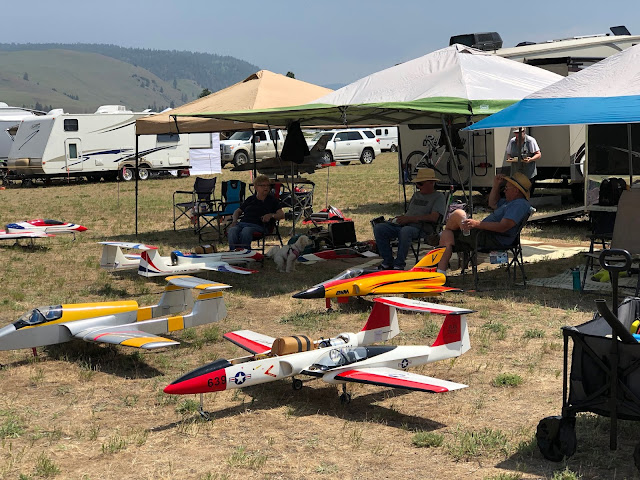 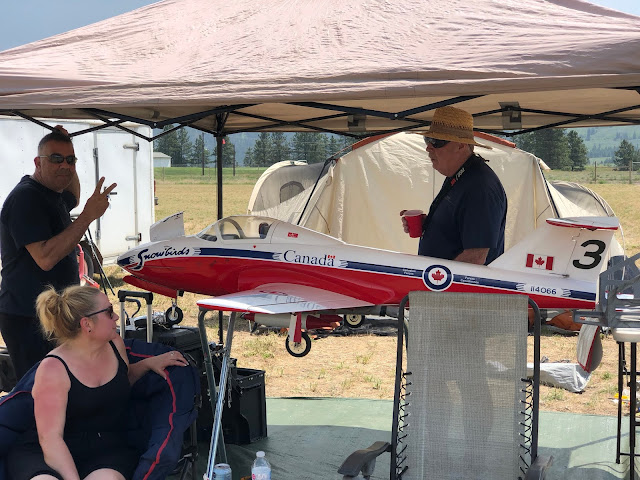 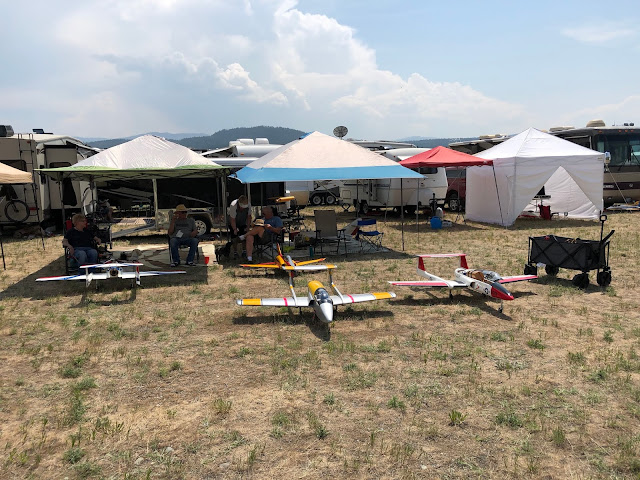 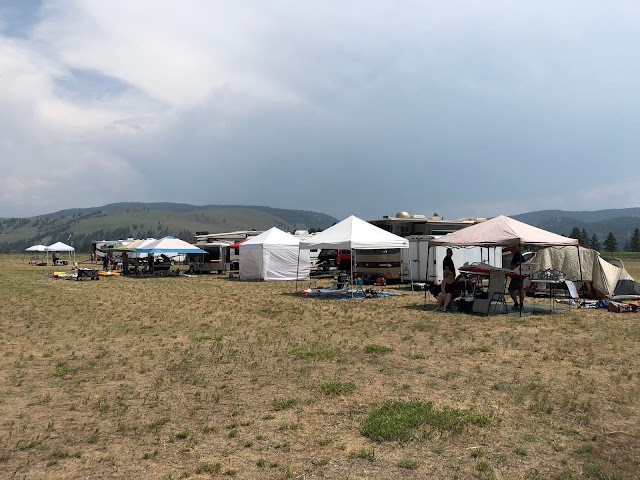 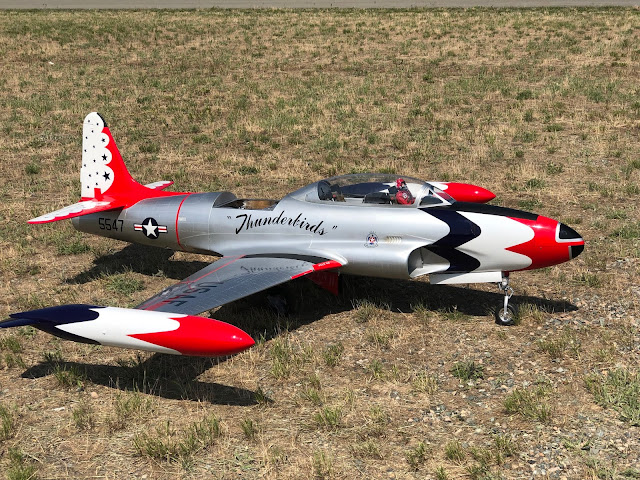 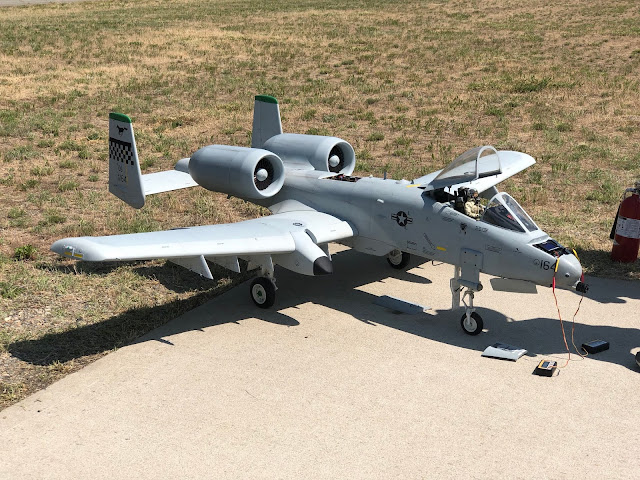 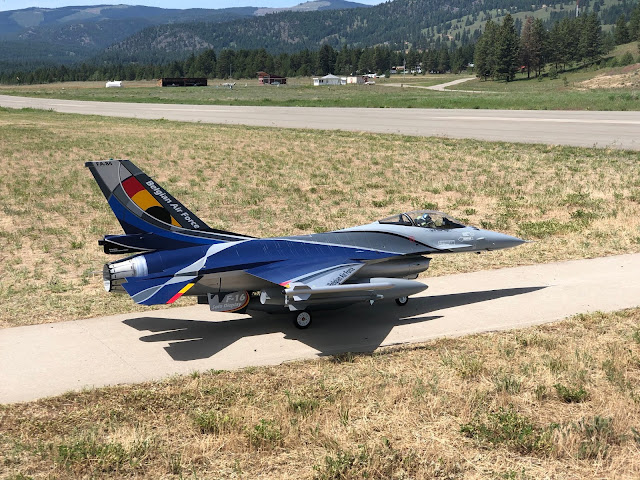 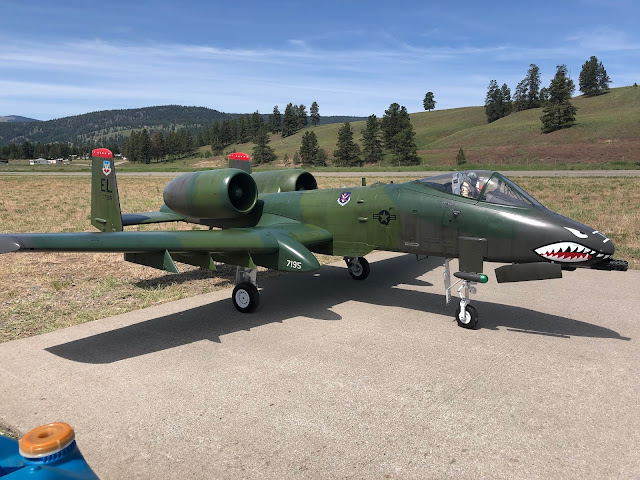 I believe I heard the tally of attendees and we had 20 pilots from BC, Alberta and Washington. Everyone had a good weekend with lots of stick time.
Posted by Rob and Chris's travels at 8:51 PM