All kinds of flying

After my last entry where I mentioned we had received a fair bit of rain I am happy to say that things had dried up considerably overnight and Wednesday dawned pretty decently. Chris and I had planned to meet up with Paul at the AMPS flying field but by the time that came around, the wind had come up and it would have made for a rough day of flying. We decided to abort and Chris and I came back to the trailer and hung around here for the rest of the day.

Thursday was pretty quiet for the most part and not too much happened other than we took a nice walk out in the desert.
Later on in the afternoon though, while sitting in the trailer, I heard the sound off in the distance of an airplane flying some aerobatics. This isn't unusual in itself as there is one that practices a few miles to the East almost every day. This one though sounded downright odd. It sounded like 2 big radial engines running together and periodically I heard a very loud jet engine as well. It was too far away to see what it was but even from a distance it looked just as odd as it sounded. I dug out the binoculars and took a look with those and what I saw was pretty radical. I still couldn't identify it but I was able to do some searching on line and found it. A group of guys had taken two Yak 55 monoplanes like this one.

And tied them together to come up with what they called a Yak 110.


And then, to top it off, they added a jet engine under the centre wing section. It has only been flying for about 6 months and is just starting to fly the airshow circuit. I'll come back to this in a minute.

Today, we headed south a bit, to Buckeye, Az where there was an EAA (Experimental Aircraft Assoc.) fly-in and airshow at the Buckeye Municipal Airport. We met up here at the trailer about 9 then headed to Buckeye which was about 45 minutes away. After we had staked out our turf, Paul, Chris and I wandered around for a while and drooled over a lot of very pretty and impressive aircraft. Also there was the Yak 110 which I had seen on Thursday. The airshow itself started at 12 noon with a fly-by by a pair of the US's new F-35 Lightnings. 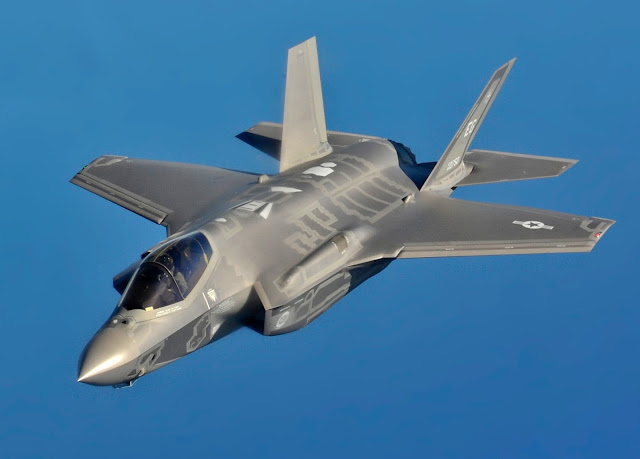 There were a couple of other aircraft that flew routines then the Yak took off. I have to say, up close and personal, it is quite the airplane. It is definitely different and the sound of the 2 big radial engines and the jet was impressive.
The airshow ran about 2 hours so after it was done we went our separate ways. Chris and I came back to the trailer and hung around here for the rest of the day. All in all a busy and pleasant day and it even finished up with another stunning Arizona sunset. 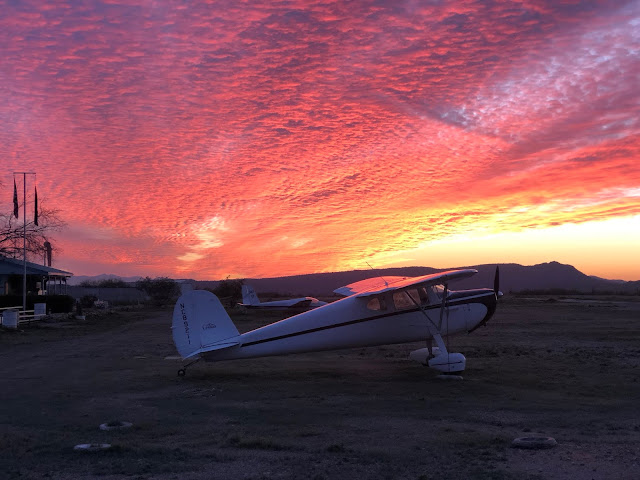 Posted by Rob and Chris's travels at 8:15 PM