Every year in Yuma, they hold an event called the Dorothy Young Memorial Electric Light Parade. We attended this last year at the suggestion of a couple of ladies we had met while staying at American Girl Mine in California. With one exception, we enjoyed the event last year so decided to take it in again this year. We started off meeting up with the Gerows at the Asian Star restaurant for nice Chinese Dinner before heading downtown. We arrived about an hour before the start of the parade and managed to get a decent spot to watch from. Even that early there were a lot of people already lining the street. The parade was scheduled to start at 6PM and by then the crowds were stacked 8 to 10 rows deep in places. Obviously a very popular event. 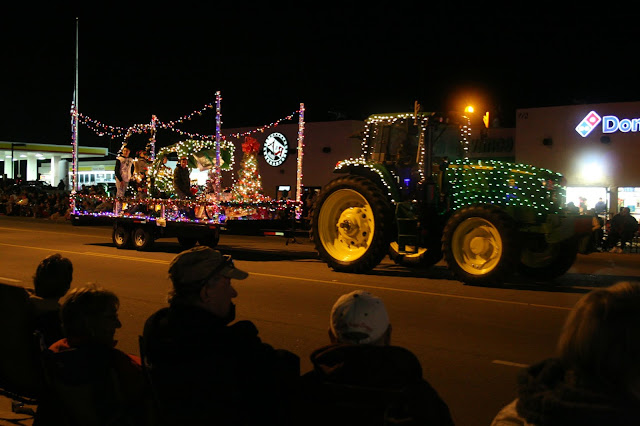 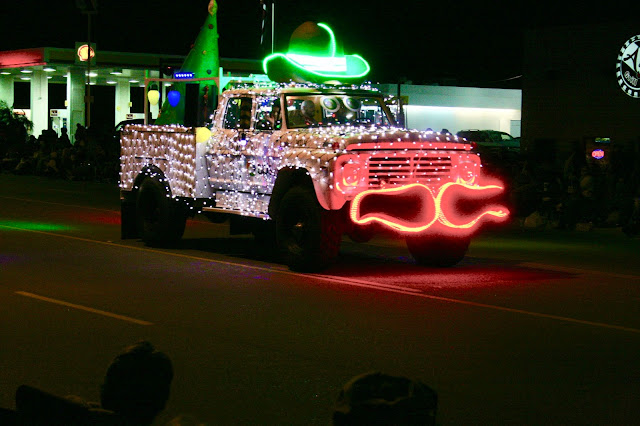 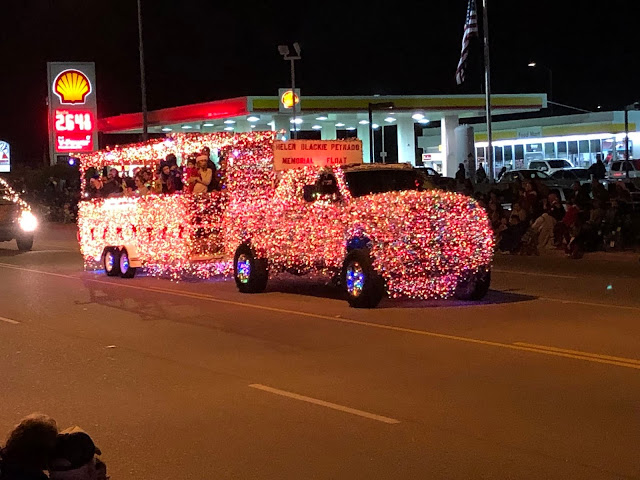 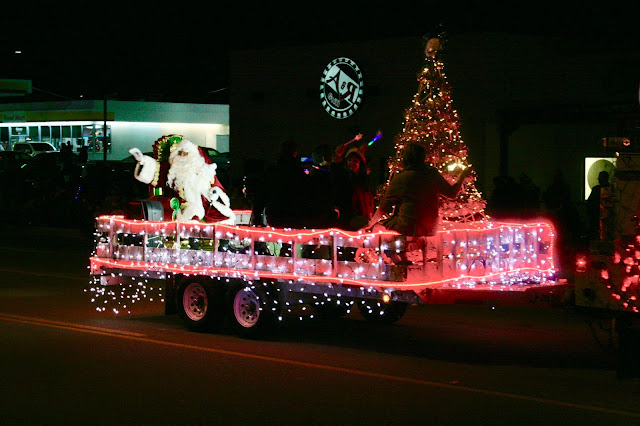 Unfortunately my pictures don't really do any justice to the entries.

One thing they really go in for here in a big way are their marching bands. Out of the estimated 100 entries, there were at least a dozen and maybe more.  The last one was the Gadsden Elementary School District #32 Marching Band. This band has participated in the Rose Bowl parade and was invited to London UK in 2014. We could certainly see why; they are good!